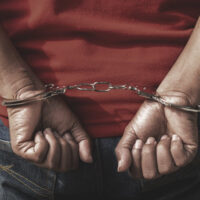 According to reporting from Click Orlando, Eddie King, 49, has been arrested and booked into the Orange County jail in relation to a deadly 2021 motor vehicle collision. Mr. King, a native of Gainesville, Florida, was allegedly involved in a fatal car crash while attempting to evade law enforcement officers. In this article, our Orlando criminal defense lawyer explains what we know about the incident and the criminal charges filed in this case.

In May of 2021, Eddie King was driving a Chevrolet Impala in Orange County. He was noticed by an officer of the Orange County Sheriff’s Office at an intersection in the Northwest corner of Orlando. The officer signaled for the driver to stop his vehicle. Instead, Mr. King allegedly pulled into a nearby gas station, but then refused to stop the car. He entered a busy road, heading east.

The criminal complaint alleges that Mr. King lost control of his Chevy while attempting to evade law enforcement officers. The vehicle crossed the centerline of the road, striking oncoming traffic. In all, at least three separate vehicles were allegedly struck by Mr. King’s Chevrolet. Tragically, one of the collisions killed both Mr. King’s passengers, a 35-year-old man, and the 51-year-old driver of another vehicle.

It has been approximately 15 months since the tragic accident occurred. Prosecutors are now moving forward with serious felony criminal charges against Mr. King. He faces five separate criminal counts, including:

While all of the charges are serious felony criminal offenses, the vehicular homicide charges are the most severe. Under Florida law (Florida Statutes § 782.071), vehicular homicide is defined as the “killing of a human being, or the killing of an unborn child by any injury to the mother, caused by the operation of a motor vehicle by another in a reckless manner likely to cause the death of, or great bodily harm to, another.”

Depending on the specific nature of the allegations, vehicular homicide in Florida can either be charged as a second degree felony or a first degree felony. A conviction for a single county of vehicular homicide carries between 15 and 30 years in prison. The defendant is likely to face other criminal consequences as well, including financial penalties and the revocation of their license.

At The Baez Law Firm, our Orlando criminal defense attorney has the skills, tenacity, and devotion to justice that you can trust. Get in touch with us by phone or contact us online to set up a strictly confidential initial consultation. With a law office in Orlando, we provide criminal defense representation throughout Central Florida, including in Winter Garden, Apopka, and Kissimmee.