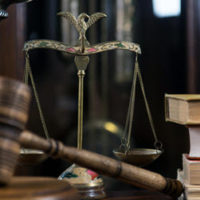 In late August, the National Association of Criminal Defense Lawyers (NACDL) met in Atlanta, Georgia to discuss the dire need for prison reform in each state, including Florida. According to key speaker Georgia’s Governor Nathan Deal, aside from prison reform interests, states that want to cut costs and decrease the number of repeat offenders staying in their prisons first need to remove the traps that make people return.

In this sense, Georgia has arguably been a true success story: By providing addiction and mental health treatment courts, high school and trade skill classes in prison, and job and housing options afterward, the state successfully embraced this concept of necessary change, for which they were rightfully rewarded a “Champion of Justice Restoration of Rights Award” at the gathering. These three key program components helped to reduce the number of people sentenced to prison, as well as recidivism by providing those released with some options when they got out.

Deal specifically mentioned that accountability courts are one of the best tools to accomplish this. However, they also tend to be very unpopular with judges and prosecutors because they involve a lot more work. Take drug courts as an example: Instead of sending people directly to jail, they require judges and others having to supervise participants, which includes checking progress and providing some counseling during weekly sessions. It is also important to collaborate with counselors, prosecutors, social workers, and addiction specialists in order to ensure success.

As a result, Georgia worked to provide some “motivation” to state judges in order to garner support for the program. This support came in the form of a financial bonus of $6,000 to every judge in a circuit that had an accountability court. As a result, every circuit in Georgia now has at least one of these courts.

This also means that Governor Deal has had an opportunity to appoint more judges than any other governor the state has ever had. In doing so, prison reform has arguably become an obvious and important public policy issue recognized by incoming judges.

In addition, according to reporting, the growing crop of accountability courts has also increased the state’s economy by almost $40 million per year because more ex-prisoners have jobs instead of returning to prison—a significant impact. In a nutshell, these program changes have literally saved lives. Drug courts in the state, in particular, now have recidivism rates of two percent.

More to Be Done

Deal is now urging Georgia and other states to do more.This includes “banning the box” regarding employment applications asking if applicants have ever been convicted of a crime, as well as setting aside slots in public housing units that are specifically allocated for citizens seeking to reintegrate into society after prison.

Unfortunately, Florida still does not have the kind of alternatives necessary to help work towards criminal justice reform. This means that,  to schedule a free consultation and find out more.