DEA Provided with Broad Authority to Arrest & Charge Over 1,500 People in “Project Safeguard” 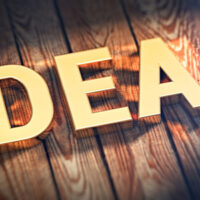 Just within the last three months, the Drug Enforcement Administration (DEA) has arrested and charged more than 1,500 people with state and federal crimes in cities around the country, including here in Florida, with police in 41 Florida cities participating what the administration calls “Project Safeguard;” a campaign geared towards cracking down on violent crime. The arrests are being conducted during President Trump’s reelection campaign while the administration advertises its “tough on crime” approach. In working with other agencies, such as the Bureau of Alcohol, Tobacco, Firearms, and Explosives, the agency has indicated that violent offenders arrested will not only face federal drug charges, but also firearm trafficking, illegal gun possession, and state charges.  As a result, if convicted, those arrested could end up serving time in both federal and state prison.

This means that the DEA – acting under the umbrella of the Department of Justice – is now responsible not only for investigating major drug cases, but has also been provided with broad authority to crack down on what the agency claims are “violent street crimes” that go hand-in-hand with drug crimes, claiming that many violent offenders – especially those in Florida cities – are also linked to illegal narcotics trafficking. The agency also reported seizing hundreds of kilograms of fentanyl and heroin, as well $24 million in assets, as part of the controversial civil asset forfeiture process.

It is important to note that the DEA has also recently been under scrutiny for alleged misconduct; specifically, allegations of bribery and racial harassment, decades after already having to defend against civil rights lawsuits; some of which still remain unresolved. A new report released in 2020 highlights that the agency still exhibits significant racial bias in its drug arrests, where black people are almost four times more likely to be arrested for possession than whites, in spite of comparable usage rates. This same report also indicates that, in the same way that the DEA has been provided with broad authority to enforce against any and all violent crimes, it has also been provided with broad authority to “enforce any federal crime committed as a result of the protests over the death of George Floyd,” including engaging in collecting intelligence and conducting convert surveillance on protesters, implicating serious civil rights concerns.

Those cities that the DEA will be focusing on in Florida as part of Project Safeguard include:

In closed-door meetings with Florida Attorney General Moody and state and local law enforcement, the DEA has indicated that it expects any lifting of COVID-19 restrictions to bring a flood of narcotics from Mexico into the US. As a result, Florida citizens should only expect more of these aggressive arrests in the future, and should be aware of some of the civil rights issues and violations that plague the agency’s history.

If you have been arrested and charged and/or your rights have been violated, or if you have any questions about these issues, contact the Orlando criminal defense lawyers at The Baez Law Firm today for a free consultation to find out how we can help.