Defending Yourself Against the Claims of Orlando Insurance Fraud 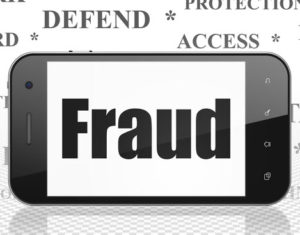 Insurance fraud occurs when an individual – or sometimes a group of people, as in the case of the $1 billion Medicaid scheme uncovered earlier this year – deliberately deceive an insurance company to receive money to which they are not actually entitled. Insurance fraud is illegal in all 50 states, and depending on the extend of the fraud and the state legislature in which it occurred, can be charged as either a felony or a misdemeanor. When an individual commits insurance fraud, they are not hurting the insurance company so much as they are hurting other policyholders, as for every scam committed against an insurer, the insurer must raise its premiums to compensate for the money lost. Because of the negative effect that insurance fraud has on several innocent parties, the penalties for committing insurance fraud are severe.

When an individual is caught committing insurance fraud, they may wonder how it was discovered. Insurance company representatives are trained to look for discrepancies in claims, no matter how small, and to investigate any that they find. If they do find any discrepancies, they must prove, in accordance with Florida Statute 817.234, that all three of the following elements is true:

The insurance company must prove beyond a reasonable doubt that all three elements exist. This can be tricky, especially proving that the individual accused of fraud acted intentionally.

Penalties for insurance fraud in Orlando vary, as what one is charged with all depends on the extent to which they committed the crime. For ease’s sake, insurance fraud is generally categorized into one of two categories: soft fraud and hard fraud.

Insurance fraud is a very serious crime, and if you are convicted of such a crime, you face up to several years in prison and several thousands of dollars in fines. The fines do not include the amount of illegally obtained money you would have to pay back to the insurer. If you have been charged with insurance fraud in Orlando, you have a challenging road ahead of you in proving that you did not intentionally commit fraud. The white collar crime lawyers at The Baez Law Firm are adept at helping clients prove their innocence, no matter how bleak of an outlook circumstances paint. Do not hesitate to contact our legal defense team to schedule a free consultation. Call 800-588-BAEZ to get started on protecting your future today.