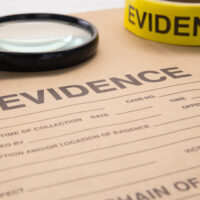 In late October, defense attorney Jose Baez, representing former Mount Carmel West doctor William Husel, filed a motion to dismiss the murder charges brought against Husel in connection with allegations that the doctor purposely provided lethal doses of fentanyl to 25 patients at Mount Carmel West. The motion was based on new evidence unearthed by Baez, which revealed that 16 additional patients who were given high doses of fentanyl by Husel at Mount Carmel did not die immediately after receiving the medication. This information not only disproves the prosecution’s contention that dosing a patient with 500 micrograms (mcg) or more of fentanyl is automatically lethal, but it was also withheld from the grand jury, resulting in what Baez referred to as “a monumental miscarriage of justice.”

In presenting the motion, Baez specifically discussed a 2014 patient who arrived at the hospital with no brain activity, but who was showing symptoms of experiencing severe pain, no matter what type and level of pain medication she was given, due to a history of taking opioid medications. The patient allegedly received 2,500 mcg of fentanyl from Husel and lived an additional 10 days afterwards. Still, the prosecution failed to present this information to the grand jury even though it was directly relevant to evaluating the charges brought against Husel, along with similar information concerning 15 other patients who were provided with higher doses of fentanyl than 500 mcg but who did not die for days afterwards.

Each of the patients in question were undergoing what is known as palliative ventilator withdrawals or palliative extubation, whereby mechanical ventilation is withdrawn to provide comfort and allow for natural death to occur in imminently dying patients. During the process, pain medication is administered to the patient in order to make them as comfortable as possible. However, most hospitals do not have any guidelines or a cap on pain medication for this process because there is no agreed-upon maximum dosage. Instead, discretion is purposely provided to the doctor to use their best judgment in order to ensure that the patient is provided with as much comfort as possible for the short time that they have left and based upon the patient’s specific needs. For example, according to a number of palliative care doctors, a large factor in determining proper dosage is determined by opioid tolerance: If a patient has previously used opioids for medical or recreational purposes, they may have built up a tolerance and will therefore likely require a higher dose of fentanyl in order to obtain the same pain management as a patient who has not previously taken opioids.

These experts have gone on record stating that providing a dose of 500 mcg to a patient who is undergoing palliative extubation in order to make them as comfortable as possible due to a demonstrated tolerance to fentanyl is not unheard of. In addition, there were no guidelines in place regarding pain medication during the process While Husel was at Mount Carmel West. Still, local prosecutors are arguing that any dosage higher than 500 mcg is grounds for bringing murder charges against physicians like Dr. Husel.

If You Are Facing Criminal Charges, Contact The Best in Legal Defense Representation

Orlando criminal defense lawyer Jose Baez is often selected for high-profile criminal defense cases like these, including those outside of Florida, given his extensive experience and success in defending his clients. If you are facing any criminal charges, contact our office today to find out how we can work to defend your innocence.