Do Police Have To Give You A New Miranda Warning If You Start Talking? 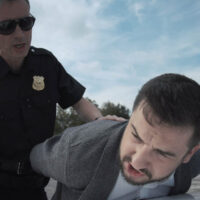 Under the U.S. Supreme Court’s 1966 decision in Miranda v. Arizona, police are required to advise a criminal suspect of their constitutional rights to remain silent and to speak with an attorney before conducting an interrogation. If the suspect subsequently invokes the right to remain silent, the interrogation must cease–i.e., the police cannot ask any questions designed to elicit a potentially incriminating response. The suspect may, however, “volunteer” a statement to the police even after invoking their rights, and such statements can be admitted as evidence against the suspect in court.

The Florida Supreme Court held in a separate 1992 decision, Traylor v. State, that if the police decide to “re-initiate” an interrogation after a suspect has invoked their rights but then proceeded to make a voluntary statement, the officers must re-advise the suspect of their Miranda rights. That is to say, the officer must “re-read” the Miranda warning before starting to question the suspect again.

A recent decision from the Florida Fourth District Court of Appeal, Penna v. State, demonstrates the critical importance of this re-initiation rule. The defendant in this case stabbed two men to death at their home, stole their car, robbed a third person at gunpoint, kidnapped a fourth person, and stabbed a fifth person and a police dog. The defendant then charged police officers while wielding a knife. The officers shot the defendant multiple times. He survived to face multiple felony charges for the crimes described above, which occurred in both Palm Beach and Brevard counties.

To make a long story short, the defendant offered an insanity defense at trial. A Palm Beach jury rejected the defense and convicted the defendant for the two murders, the stabbing, and the kidnapping. On appeal, the defendant argued the trial court improperly admitted the statements he made to the Brevard deputy, as he did not receive a new Miranda warning after he started talking.

The Fourth District largely agreed and ordered a new trial. While the defendant’s initial statements to the Brevard officer were admissible, many of their later conversations were not. Specifically, once the defendant started asking the deputy specific questions–such as how much jail time he was facing–the deputy should have known that anything he said could in turn elicit further incriminating statements from the defendant. At that point he was required under Traylor to give a new Miranda warning.

Every person on trial for a crime, no matter how heinous the charge, enjoys certain basic constitutional rights. An experienced Orlando homicide lawyer can help ensure the police and the prosecution respect those rights. If you need legal advice or representation in any criminal matter, contact the Baez Law Firm today to schedule a consultation.