Do The Police Have To Return Any Property Seized From Me? 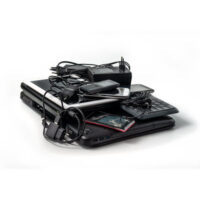 The police often use search warrants to seize property that may be relevant to a criminal investigation. So what happens to that property once the case is over? Under Florida law, title to any unclaimed property that has been “lawfully seized” for use as evidence is turned over to law enforcement 60 days after the criminal proceeding concludes. The police can then retain the seized property for itself, sell it, or donate it to another government agency or a charitable organization.

What Qualifies as “Evidence” in a Criminal Case?

Of course, if the police seize property that turns out not to be needed in a criminal investigation–and which is not itself a proceed of criminal activity–the rightful owner has the right to demand its return. This may include property that was seized during a valid search but turned out not to be useful as evidence.

A recent decision from the Florida Second District Court of Appeal, O’Connell v. State, provides a real-world example of what we are talking about. In this case, officers with the Hillsborough County sheriff’s office seized a desktop computer and external hard drive from the appellant. At the time, the appellant was apparently under investigation for some crime related to an alleged child victim.

In the search warrant obtained by the sheriff’s office, the court authorized the officers to seize any evidence that might be contained on the appellant’s computers or phones, such as her Internet search history. The officers apparently believed the appellant had used her online devices to look for a way of treating injuries allegedly sustained by the child victim.

Sometime later, the defendant sought the return of her computer and hard drive. She alleged these devices themselves were not not needed as evidence, as the subject of the search warrant had been the files contained. A judge denied the appellant’s request as “untimely,” finding that since more than 60 days had elapsed since the end of the criminal proceeding, title to the computer and hard drive was now vested with the Hillsborough County sheriff’s office.

On appeal, the Second District said that conclusion was premature. The appellate court said the trial judge’s order did not “conclusively show” that title had vested. More to the point, the court failed to determine whether or not the items in question were actually in the possession of law enforcement or the clerk of the court 60 days after the criminal proceeding against the appellant ended.

The Second District said the appellant was entitled a hearing on the merits of her request, adding that the evidence presented so far did not establish that the computer itself–rather than just the files–were actually “seized as evidence” in the first place.

A criminal investigation can seriously upend your life–and your property–even if you are never tried or convicted. An experienced Orlando criminal defense attorney can provide you with valuable guidance and representation. Contact the Baez Law Firm today to schedule a consultation with a member of our team.