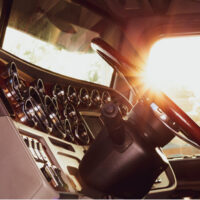 There is something of a misconception that just because the police conduct an illegal search and seizure, that the evidence obtained must automatically be “suppressed” at trial. In fact, the rules are a bit more complicated than that. Even when the prosecution concedes a Fourth Amendment violation, the evidence in question may still be deemed admissible if the judge determines there was no actual “prejudice” to the defendant or that the police acted in good faith and did not intentionally or deliberately disregard the rules.

A recent decision from the U.S. 11th Circuit Court of Appeals, United States v. Nicholson, provides a cautionary example. This case involved an Alabama defendant charged in federal court with committing sex crimes against two young girls. The defendant worked as a commercial truck driver. At the time of his arrest, the defendant was driving an 18-wheeler through Kentucky. Kentucky police conducted the arrest at the request of the FBI, which was in charge of the case.

The FBI elected not to immediately search the 18-wheeler. Instead, the state police turned the truck over to a wrecker service for safekeeping. The wrecker service subsequently refused to return the defendant’s personal possessions from the vehicle as it expected “that the FBI would want them.”

It was not until about six months later that the FBI finally obtained a search warrant for the 18-wheeler. The FBI separately obtained another warrant to search an F-150 truck the defendant had left while in New York State. The FBI recovered evidence from both vehicles–notably, a laptop and a camera containing child pornography–that were introduced as evidence at trial.

To make a long story short, a jury convicted the defendant of multiple federal sex crime charges and he received a life sentence. On appeal, the defendant argued that his convictions should be reversed due to defects with the Kentucky and New York searches. In the case of Kentucky, the defendant cited the FBI’s six-month delay in obtaining a search warrant. With respect to New York, he cited the fact the evidence was taken after a deadline specified by the warrant had expired.

While prosecutors conceded these problems on appeal, the 11th Circuit held, “The FBI’s negligence does not justify excluding the New York or Kentucky evidence.” The New York search may have fallen outside the period specified in the warrant, but the appellate court said his was at best a technical violation of the rules governing evidence that did not actually prejudice the defendant’s rights. More to the point, there was no proof the FBI intentionally disregarded the warrant’s deadline–the employee who conducted the analysis of the laptop seized from the New York search simply did not know there was a deadline.

As for Kentucky, the 11th Circuit again found there was no proof the government “deliberately” violated the defendant’s rights by waiting six months to search the 18-wheeler. The Kentucky police had seized the truck with a good-faith belief the FBI would quickly execute a search. And by the time the FBI acted, it did not know the truck had been turned over by a wrecker service. The confusion may have been “negligent,” but the appellate court said it did not require suppression of the evidence recovered.

Criminal trials often involve complex questions of law. Sorting through these questions can often mean the difference between a defendant’s freedom and a conviction. So if you are facing serious charges and need legal representation from a qualified Orlando sex crimes lawyer, contact the Baez Law Firm today to schedule a consultation.