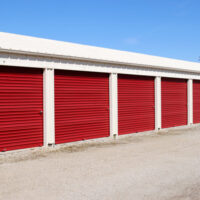 Many criminal statutes base their penalties on a defendant’s prior record. For example, a federal law called the Armed Career Criminal Act (ACCA) imposes a mandatory sentence of at least 15 years in prison for unlawful gun possession by an offender with three or more prior convictions for certain violent felonies that were “committed on occasions different from one another.” In other words, if a person already has three convictions for, say, armed robbery and is subsequently convicted of being a felon in possession of a firearm, they will receive a 15-year sentence.

The United States Supreme Court recently addressed the “different occasions” aspect of the ACCA in a case where a defendant committed multiple robberies in the same evening. More precisely, the Court looked at whether these robberies were part of a “single criminal episode” for purposes of assessing potential liability under the ACCA.

The facts of this case, Wooden v. United States, were fairly straightforward. In 1997, the defendant and three other individuals illegally entered a storage facility and proceeded to break into and rob 10 different storage units. After the police captured the group, Georgia prosecutors charged each of the conspirators with 10 counts of burglary in a single indictment. The defendant pleaded guilty to all 10 counts but the judge imposed sentence consecutively, meaning the defendant served 8 years on all charges.

Federal prosecutors charged the defendant with being a felon in possession of a firearm. Normally this carries a maximum sentence of 10 years in prison. But if the ACCA applied, as noted above, the minimum sentence was 15 years.

Prosecutors argued that the 10 storage unit robberies should be considered as separate “occasions” of a criminal activity, since he and his conspirators had to physically break into each unit separately. The judge agreed and, applying the ACCA, sentenced the defendant to 16 years in prison on the gun charge.

The Supreme Court disagreed with this reasoning. Basically, the Court said it was a matter of common sense that the average person would look at the defendant’s 1997 crimes as part of a single episode and not 10 separate “occasions.” Indeed, a single occasion can “encompass multiple, temporally distinct activities.” The Court analogized this to a wedding, where you might have a ceremony, cocktail hour, dinner, and dancing all in the same evening. Normal people would not refer to all of these events as separate and distinct “occasions.”

Prosecutors are often eager to impose the harshest sentence possible on a defendant, even when doing so requires a nonsensical reading of the law. This is why it is always important to work with an experienced Orlando federal criminal defense attorney who will stand up for your rights. Contact the Baez Law Firm today to schedule a consultation.