Does “Sexual Activity” with a Minor Require Physical Contact to Be Criminal? 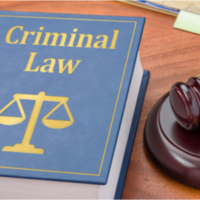 Sex crimes involving children often carry some of the harshest penalties in our legal system. For example, the federal sentencing guidelines call for a five-level enhancement when a defendant is convicted of a sexual offense involving a minor and has also “engaged in a pattern of activity involving the sexual abuse or exploitation of a minor.” Such an enhancement can add many years to a defendant’s prison sentence, and a “pattern” may only require proof of 2 incidents.

And based on a recent ruling from the U.S. 11th Circuit Court of Appeals, sexual “activity” does not necessarily mean the defendant engaged in direct physical contact with the victim. The 11th Circuit, which has federal appellate jurisdiction over Florida, recently decided the case of United States v. Dominguez. This case involved a defendant who pleaded guilty to distribution and possession of child pornography.

During the defendant’s sentencing, the government asked the judge to apply the five-level enhancement for engaging in a pattern of sexual activity. The prosecution based its request on the testimony of a nine-year-old girl, who told law enforcement that she had chatted with the defendant over Instagram. During these sessions, she said the defendant sent her a picture of his genitalia. The defendant’s messages further communicated that he was “sexually arouse” by the girl and he “repeatedly asked her for naked pictures.”

The government said this action violated 18 U.S.C. § 2422(b), which makes it a crime punishable by up to 10 years in prison to use any means of interstate commerce, such as the internet, to persuade, entice, or coerce a minor to engage in “sexual activity for which they can be charged with a criminal offense.” A § 2422(b) violation would trigger the five-level enhancement under the sentencing guidelines, since the defendant had at least one prior instance of similar conduct, making it a “pattern.” In response, the defendant argued that § 2422(b) requires proof of “sexual activity” with a minor, and that he never engaged in any “interpersonal physical contact” with the victim.

That said, the 11th Circuit noted that § 2422(b) criminalizes “sexual activity for which any person can be charged with a criminal offense.” Flirting, for instance, would not violate the law. But the issue here was whether or not the defendant asking the child for a naked picture violated the statute. Since the trial court never made a specific ruling on that point, a new sentencing hearing was necessary.

Sex crimes charges must always be taken seriously. Even a single act can send you to prison for years, if not decades. So if you have been arrested and need representation from an experienced Orlando sex crimes attorney, contact the Baez Law Firm today.