When Can Prosecutors Use “Pattern Evidence” to Prove You Committed a Crime? 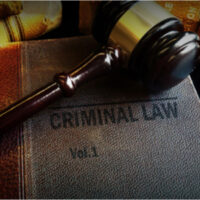 If you are on trial for allegedly committing a crime, the prosecution generally cannot introduce evidence regarding any other crimes you may have committed in the past. This is considered “character evidence” and unless it has some relevance to the alleged crime, it is inadmissible. Essentially, the prosecution cannot use “prior bad acts” to pain you as a bad person who must have committed the crime you are actually on trial for now.

As with many rules governing criminal trials, however, there are exceptions. Prosecutors can introduce evidence of possible past crimes when they show a modus operandi or pattern of criminal conduct. For example, if prosecutors can show a string of robberies followed a specific pattern or methodology, evidence from all of these crimes could be used to convict the same defendant.

Indeed, this very thing happened in a recent decision from the U.S. 11th Circuit Court of Appeals, United States v. Pendergrass. Federal prosecutors charged the defendant with committing a series of five robberies in Georgia between November 2016 and January 2017 while using a firearm. A jury eventually convicted the defendant of all five robberies.

To sum up, the 11th Circuit noted that all of the robberies targeted “mom-and-pop establishments,” including two stores located in the same strip mall. All of the robberies occurred at or after closing time. In each incident, the robbers “covered their faces and brandished guns in the same way.” And in four of the robberies, the same robber–the defendant, according to the prosecution–wore a red shirt and white gloves. The Court of Appeals pointed to additional pattern evidence, but you get the point.

It is worth noting that modus operandi evidence can be admissible even when one of the items in the alleged “pattern” does not seem to fit. In the Pendergrass appeal, the defense noted that one of the five robberies was “inconsistent” with the others because that was the only incident where the “customers and employees were locked in a bathroom.” The 11th Circuit noted that all of the robberies demonstrated some degree of “forcefulness” by the robbers, albeit in different forms.

If you are charged with a crime–or a series of possibly related crimes–you need to take the matter seriously. An experienced Orlando criminal lawyer can zealously represent your interests in court and protect your rights. Contact the Baez Law Firm today to schedule a consultation.