Does the Fourth Amendment Apply to Private Individuals? 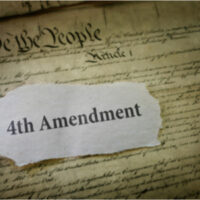 The Fourth Amendment to the U.S. Constitution protects you against unreasonable searches and seizures. In broad terms, this means that an agent of the government cannot search or seize your property without either first obtaining your consent or a warrant from a judge. Any evidence seized in violation of the Fourth Amendment is inadmissible in court and cannot be used to convict a suspect of a crime.

But what if the police receive evidence seized by a non-government actor? In general, searches by private individuals do not fall under the Fourth Amendment. But there is an exception when that individual “acts as an instrument or agent of the government.” In other words, if the police direct a non-government actor to conduct a warrantless search of a suspect’s property, that would violate the Fourth Amendment. If the private party acted completely on their own accord, however, police and prosecutors could use any evidence found.

A recent decision from the U.S. 11th Circuit Court of Appeals, United States v. Perez, provides a helpful illustration of these rules. In this case, prosecutors charged the defendant with violating a federal law that makes it a crime for a convicted felon to possess a firearm. The defendant was a convicted felon.

One day, the defendant got into a verbal argument with his landlord’s son, a man named Hernandez. During this argument, Hernandez said the defendant “flashed a firearm” at him. Hernandez subsequently called the police.

A jury convicted the defendant of bring a felon-in-possession of a firearm. The judge sentenced the defendant to more than 15 years in prison. On appeal, the defendant raised a number of issues, including his objection to Hernandez’s actions in finding the gun, which was obviously the key piece of evidence introduced at trial.

The 11th Circuit upheld the defendant’s conviction. The appellate court said Hernandez was not acting as an agent of the government when he entered the defendant’s apartment. Critically, there was no evidence that the police ever instructed or encouraged Hernandez to search the apartment. As noted above, Hernandez only went inside to “tie up [the defendant’s” dog,“ who had been left out in the yard. Given that the police had “no knowledge” of the search, there was therefore no Fourth Amendment violation.

Many criminal convictions turn on the legality of a police search. A qualified Orlando criminal defense lawyer can review the circumstances surrounding any police search in your case and challenge any illegal or unconstitutional activities on your behalf. Contact the Baez Law Firm today if you are facing criminal charges and need to speak with an attorney.