DUI Convictions in Florida & Elsewhere Based On Flawed Breathalyzer Tests 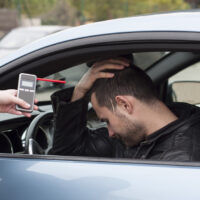 As attorneys dedicated to criminal defense, one issue that is frequently at the heart of ensuring that our clients’ rights are protected has to do with just how unreliable alcohol breath tests are; even though they have become a “linchpin” of the criminal justice system. In fact, here in Florida, a panel of judges described breath tests as a “magic black box” with “significant and continued anomalies.”

It would likely shock the public – as potential jurors – to learn that these machines were never actually meant to be used the way that we use them today. Still, every state—including Florida—punishes  drivers who refuse to take them, and the consequences of our reliance on them are significant: Many are wrongfully convicted based on the results of these devices every day, and many affected by them were never informed that the cases against them were entirely built on faulty tests. As a result, some states have been forced to throw out thousands of breath tests and acquit those charged with drunk driving in some of the largest exclusions of forensic evidence in U.S. history.

One such device used by police is a hand-held device known as the “Alco-Sensor IV,” which contains fuel cells that react to alcohol in breath by producing electric currents. However, their results are known for being inconsistent; for example, using mouthwash or breath mints can significantly throw them off. As a result, some states have even declared that their results to be inadmissible in court. Still, these tests can trigger an arrest, which then leads to another test conducted at a police station by a breath-testing machine whose results are admissible in court. As a result, they often directly lead to someone being charged and convicted for a DUI.

The Police Stations Simply Rely On a Bigger Version of the Hand-Held Device, & These Results Are Admissible in Court

Still, the only way to truly measure how many grams of alcohol per 100 milliliters of blood an individual has in their system is via a blood test. However, this requires a warrant. Therefore, most police stations simply use what many would describe as a bigger, more sophisticated version of the hand-held device (for example, the “Alcotest 9510”), which also uses a fuel-cell sensor, and its results are admissible in court.

“Mechanical and Technical Shortcomings” That Can Produce the Wrong Result

Both of these breath-based (quick) measuring assessments need less than one minute to determine if a driver’s blood alcohol level is .08 or higher, and have been the subject of countless defense cases. Although a criminal defendant is entitled to receive what information is necessary to build their defense, trying to forensically examine these machines in order to determine whether they have flaws has been difficult-to-impossible. One state Supreme Court finally granted a request to analyze the software for these machines, and a significant amount of programming errors were found, leading the court to determine that some of the tests are generally scientifically unreliable because “mechanical and technical shortcomings” had the ability to produce the wrong result. However, while companies claimed to fix these issues, states rarely roll out the software updates, which essentially leaves each state using their own machine and standards, and deciding for themselves just how rigorously they will test their machines. In fact, many still rely on machines that have already been deemed unreliable elsewhere.

Unfortunately, Florida is one of those states: It reportedly adopted the “Intoxilyzer 8000” even though there were multiple problems associated with the machine’s tests. In fact, one court in Orange County called the machine a “magic black box assisting the prosecution in convicting citizens of DUI” and placing “a citizen’s liberty at risk.”

If you have been charged with a DUI, you must ensure that you work with a defense attorney who can critically analyze what methods were used to bring charges against you. Our Orlando criminal attorneys are some of the best in Florida—contact us at the Baez Law Firm today to find out more about our services.