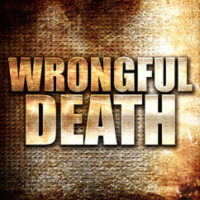 In Nov., 2014, a mentally ill woman was brutalized by two Cleveland, OH police officers and killed as a result. According to her family, officers Scott Aldridge and Bryan Myers were called into the family home when 37-year-old Tanisha Anderson, who suffered from schizophrenia and bipolar disorder, was in the midst of an alarming mental breakdown. Tanisha was handcuffed, placed in the back of the cop car, and transported to the station. When she was taken out of the car, one of the officers used a take-down move on her, which required him to place his knee into her back while she lay in the prone position. It was not until Tanisha stopped moving that the officer released her, only to realize that she was dead.

Though this event occurred in Cleveland, OH, the wrongful death lawyers at The Baez Law Firm in Miami know that police brutality occurs everyday, everywhere; unfortunately though, it is hardly ever reported. If it is reported, justice hardly ever comes of the report. That is what our lawyers hope to change. By bringing awareness to this family’s loss and then subsequent win, we hope to show Florida residents that police brutality can be combatted, and the offending officers sufficiently punished.

The Cuyahoga County Medical Examiner’s Office ruled Anderson’s death a homicide when he found evidence of asphyxiation while being restrained in a prone position. The medical examiner believes that Anderson’s obesity and other health factors aggravated the situation and contributed to her untimely death.

Her family filed a wrongful death claim against the city of Cleveland immediately after the incident; however, it was not until this past February, more than two years after Anderson’s death, that a settlement was reached. At $2.25M, it is the largest settlement the city has ever paid out for police misconduct.

The offending offers, Aldridge and Myers, are not off the hook though. They are still under investigation by the Ohio Lawyer General’s Office, and if found guilty, can face revocation of their badges and prison time.

A Miami Wrongful Death Lawyer Will Defend Your Rights

Tanisha Anderson was a beloved mother and daughter, but now her own daughter is forced to finish high school without her. Additionally, her mother suffered what no mother should ever have to—the death of a child.

No one should ever have to go through what Tanisha’s family did, but if they do, they deserve, like Anderson’s family, to seek justice via a lawsuit and with monetary compensation. If a loved one was recently killed in an instance of police brutality, do not hesitate, and call The Baez Law Firm to see how our Miami wrongful death lawyers can help you. Call 800-588-BAEZ to schedule your free consultation now.