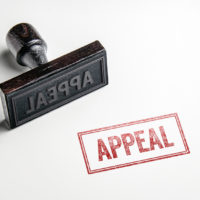 In late May, a federal appeals court reinstated a drug crimes case against the federal government concerning the Schedule I status of marijuana. Plaintiffs in the case argue that marijuana’s current Schedule I status under the Controlled Substances Act is placing patients’ health at risk and creating economic inequities. They also argue that the classification is unreasonable, as Schedule I is reserved for drugs that do not have any currently accepted medical use in the United States; are not considered safe for use on a medical supervision basis; and carry a significant potential for abuse. In other words, even as states are legalizing the recreational and medical use of marijuana, at the federal level, marijuana is in the same category as heroin and LSD, and is technically classified as being more dangerous than even Fentanyl and Oxycodone.

The case was originally dismissed because the court decided that other administrative channels– such as pushing for legislation in Congress—should have been tried first. However, it was then reinstated due to health concerns cited in two very specific cases amongst the plaintiffs, who argue that the current scheduling of marijuana is now posing serious life and death threats to their health. As a result of it being reopened, the Drug Enforcement Administration (DEA) has been informed that they need to act with “all deliberate speed” in terms of considering settling the case and reassessing the illegality of marijuana.

What About Related Products?

Meanwhile, the move to legalize (decriminalize) the use of related products—such as CBD products—is also moving forward, as a number of companies and other parties are currently pushing the Food and Drug Administration (FDA) to ease back on these rules. Some argue that the government legalizing and thus regulating these products would be in the best interest of public health, as a number of people who are now obtaining unregulated CBD products are, at times, being poisoned. While last year’s farm bill removed hemp and “derivatives” from the list of scheduled substances within the Controlled Substances Act, it maintained the FDA’s ability to regulate marijuana compounds. Still, the issue crosses a number of federal agencies, as the Department of Agriculture regulates hemp (along with the states, if they wish to) and the DEA issues registrations for growing marijuana used in research.

If you are facing criminal charges as a result of a Schedule I substance such as marijuana, contact our experienced Orlando appeals attorneys at the Baez Law Firm today to find out how we can help. We work hard to encourage Florida courts to move forward in decriminalizing substances that have led to mass inequalities in our criminal justice system.