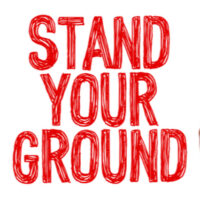 In April, an important Florida ‘stand your ground’ case involving a defendant accused of shooting a sheriff’s deputy during an arrest that took place in front of his house several years ago was decided by the Fifth Circuit Court of Appeals. The Court dismissed the charges and held that the defendant never should have been arrested.

According to sheriff’s investigators and prosecutors, the defendant opened fire while deputies were arresting the defendant’s niece on prostitution charges (which the defendant was not involved with, nor was he engaged in any other criminal activity), while the defendant claimed that he simply heard his niece screaming for help. Prosecutors charged him with premeditated first-degree murder of a law enforcement officer while discharging a firearm after shooting at what turned out to be sheriff’s deputies – but what he thought were intruders – while attempting to guard his home and his niece.

Stand your ground cases like these are entirely decided on based on the facts of each case. In this case, according to court documents, the deputies who were grabbing the defendant’s niece were in plainclothes and did not announce to the defendant that they were sheriff’s deputies, but rather responded to his warning shot in the air (first trying to use nondeadly force) by aiming and shooting their firearms at him.

According to the majority opinion, the defendant was well within his rights under Florida’s stand your ground (or “justifiable use of force”) statute because he was in his dwelling, the deputies reached inside the dwelling and forcibly removed his niece, and they were then standing on the attached front porch, where they removed his niece onto the yard against her will. Given that they did not identify themselves or why they were there to the defendant, the Court held that the defendant reasonably presumed that the men were there with the intent to commit an unlawful act involving force or violence (in this case, the evidence revealed that the defendant thought they were trying to kidnap his niece). The Court also pointed out that the defendant had no duty to retreat, as he reasonably believed that he had to use such force to prevent imminent death or great bodily harm to himself and his niece while in his dwelling.

According to court documents, the deputies were not only in plainclothes, but also arrived in unmarked cars and parked on the street (away from the house) and had previously identified themselves as potential customers to the defendant’s niece. Based on a five-day evidentiary hearing, it was clear that the defendant had no idea that they were law enforcement officers, and that the officers’ conduct was key in the Court’s decision.

If You Are Facing Charges or Have Any Concerns, Contact The Very Best in Florida Criminal Defense

If you are facing criminal charges in Florida as a result of self-defense, contact the experienced Orlando criminal defense attorneys at The Baez Law Firm for a free consultation today.