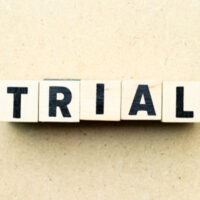 In a salient case for Fourth Amendment constitutional rights, in August, a Florida appeals court unanimously upheld a district court ruling that the police violated the rights of the New England Patriots owner Robert Kraft and others last year when they secretly set up ongoing recordings in a massage parlor in order to capture illicit sex acts, including prostitution and human trafficking activities.  In its ruling, the court explicitly stated that to allow this type of extreme law enforcement surveillance, where the surveillance scope was not properly minimized in the warrant application, would yield “unbridled discretion” to the police and the government, and violate the citizens’ rights to be secure against unreasonable searches and seizures. As a result, the tapes now cannot be used as evidence in the prosecution against Kraft during trial, which deals a significant blow to the prosecution and effectively ends the case against Kraft. As a result, prosecutors will likely have to drop misdemeanor charges brought against Kraft and others. Felony charges brought against the employees and owners of the spa are expected to proceed due to additional outside evidence, although prosecutors will need to provide the recordings as evidence that financial transactions associated with the illicit sex acts took place in order to obtain felony convictions.

It is also expected that the prosecution will appeal the ruling to the state Supreme Court, relying on the argument that the recordings had to be ongoing because otherwise the police could be accused of discriminating against some customers and not others by only recording certain individuals (i.e. men versus women). The prosecution plans to rely on the Supreme Court’s previous rulings that even if innocent customers’ privacy rights have been violated, only improperly-seized evidence should be thrown out as a result.

The decision reinforces strict Fourth Amendment safeguards, which mandate that, in order to satisfy Fourth Amendment requirements, search warrants must set out minimization procedures, which police then follow in order to sufficiently minimize the recording of conduct outside the scope of the warrant. While the warrant instructed detectives monitoring the video to take steps to minimize the invasion of privacy of those customers who were not engaged in illegal activity, it was reportedly impossible to capture illegal activities without also capturing legal activities as well due to how the video feeds operated.

If you are facing criminal charges in Florida, it is imperative that you work with a highly experienced criminal defense attorney in order to ensure that any illegally-obtained evidence cannot be used at trial.

The Baez Law Firm offers experienced legal representation in criminal defense and civil rights protection for clients throughout central and south Florida. Contact our Orlando criminal defense lawyers for a free consultation to find out more.