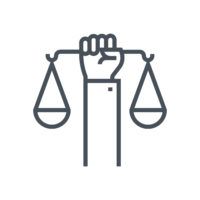 In May, Florida governor Ron DeSantis indicated that he would sign a bill that requires all ex -felons in the state to first to pay all financial obligations before they have their right to vote restored under Amendment 4, which was passed by an overwhelming number of Floridians last year.   Critics of the bill have called the requirement a “poll tax” reminiscent of those that were enacted across the south during the times of Jim Crow.

What Did Amendment 4 Provide for, Specifically?

Amendment 4, which was overwhelmingly passed by Florida voters in November, restores the right to vote to convicted felons who have completed their terms of sentence—including parole and probation—with the exception of those convicted of a felony sex offense or murder. The amendment did not liken or equate fines to parole or probation requirements in any way.

It was Gov. DeSantis who originally called for the Florida Legislature to clarify how the referendum should be implemented. Without this request, voting rights were to be restored, pursuant to the amendment, as of January 8 2019. To this effect, in May, the Florida House passed legislation declaring that ex-felons could only be deemed as completing their sentences–and have their right to vote restored–if they paid all fines owed.

It is hypothesized that there are political intentions behind the legislation, as the addition of a number of new voters under Amendment 4 could severely impact Florida ‘s elections. Specifically, according to the statistics, Democratic and black voters reform are more likely to have lost their voting rights due to past felony convictions.

What’s Wrong with The Legislation? Can It Be Challenged?

There is no question that civil rights advocates will file a lawsuit if the bill is ultimately signed into law by Gov. DeSantis. Under the current legislation, as written, past financial obligations are only met when they are paid in full. These fines can be especially high for individuals leaving prison, and can get up to tens of thousands of dollars. In addition, if court charges are unpaid, after 90 days, they are turned over to private debt collectors, who can tack on a 40 percent surcharge; adding significant debt onto what is owed, and making it even more difficult to have one’s voting rights restored.

The right to vote—and the right for citizens to pass their own referendums in the state of Florida—are crucial civil rights that we as citizens are entitled to. If you live in Florida and your civil rights have been violated, contact our experienced Miami & Orlando civil rights attorneys at the Baez Law Firm today to find out how we can help.