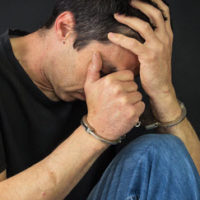 On July 24th, the U.S. Lawyer’s Office for the Western District of Texas announced that a criminal complaint would be filed against 60-year-old Florida man James Matthew Bradley for his alleged involvement in the death of nine people who were found in a tractor-trailer in Texas. Nine were discovered dead at the scene; 39 were able to be rescued.

CNN reported that as many as 100 migrants may have been packed into the tractor-trailer at one point on its journey, and the vehicle reportedly lacked any air conditioning or water, with outside temperatures reaching 100 degrees. Bradley will likely be prosecuted for human trafficking, amongst other allegations.

Holes in Case; More to Be Prosecuted

However, it is unclear as of now whether the trailer was in fact locked and thus those inside could not leave, which could arguably affect the criminal charges involved here. In fact, it is thought that around 60 or so did leave the truck at one point or another, thus it may not have been locked.

In addition, investigators indicate that it was unlikely that the truck was used to transport the immigrants across the border, as most travel by foot and are then picked up after they have crossed the border. Those working on the case have indicated that there are “many more people” they will be looking to prosecute in connection with the crime.

It is unclear at this time whether Bradley has access to an lawyer at this time even though he has been taken into custody and charged.

While the Trafficking Victims Protection Act of 2000 is the only federal law that addresses human trafficking, states also treat human trafficking and the penalties associated with it slightly differently. Florida, for example, has its own laws on trafficking, as does Texas, which establishes trafficking as a second-degree felony with a sentence of between two and 20 years imprisonment. However, if the individual(s) trafficked (victims) are under the age of 14 or if the act causes death, the crime becomes a first-degree felony and carries a sentence of between five and 99 years imprisonment.

If you have been charged with human trafficking and/or associated charges, this will have drastic effects on your record and life. For example, in association with a similar case in 2003, the driver was sentenced to almost 34 years in prison. In addition, you could be charged with even more serious crimes, such as homicide.

At the Baez Law Firm, we have represented some of the most high-profile criminal defense cases in history, and we fight aggressively to defend our clients. Contact us today for a consultation.