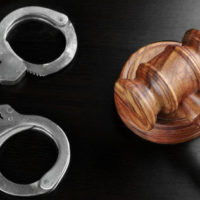 It’s not a headline you see every day: Florida police mistaking doughnut glaze in a car for crystal methamphetamine and wrongfully arresting the car’s owner. As a result of the incident, the man received a $37,500 settlement from the city of Orlando in mid-October.

Yet perhaps most shockingly, the roadside drug tests were positive when the substance was tested as an illegal substance. However, a state crime lab later cleared the suspect.

What does this say about the roadside drug tests and their accuracy? Should police officers be arresting people based on the results of these field tests when it takes a second test by the Florida Department of Law Enforcement to prove that a substance is sugar and not meth?

Orlando police are now reportedly training more than 730 officers on how to properly use these roadside tests; shouldn’t they just abandon the tests altogether? Although the man who was wrongfully arrested did receive a settlement, he is still facing employment-related issues due to online sources indicating that he has been arrested, and will need to work on getting his record expunged. He also spent 10 hours in jail and had to post a $2,500 bond.

These field tests work via the officer simply dropping the substance in question taken from the suspect’s person or car floorboards into a pouch of chemicals and watching for a change in color to result. Does this seem perhaps too simple?

Unfortunately, yes; the problem being that legal substances sometimes create the same colors as the illegal ones. In addition, there are ample opportunities for the officers to misinterpret the results.

And yet, these faulty police drug kits are used in thousands of convictions and in securing guilty pleas every year, even when crime labs express a desire to replace them. In fact, it was such a problem that in 2014, the Las Vegas police department submitted a report to the U.S. Department of Justice detailing just how prevalent false positives were with the tests. Still, just in one city (Las Vegas), today, nearly three-quarters of drug convictions rely on field test results, in spite of this report.

Cities in Florida clearly have a similar problem; and yet, there is absolutely no way to figure out how many times these tests were wrong or how many innocent people wrongfully plead guilty, just based on their results.

If you have been arrested for a crime in based on a roadside drug test, you need to work with an experienced criminal defense lawyer to prevent this from being used against you. At the Baez Law Firm, we have successfully defended misdemeanor and felony cases throughout Florida ad Massachusetts. Contact our office today to schedule your free case consultation. We are experienced in drawing attention to the inaccurate results these field tests produce, have received national recognition for our superior legal services.