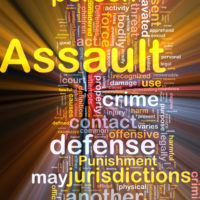 Two Florida police officers are not only being accused of police misconduct, but are also now facing criminal charges—misdemeanor battery—after a video showed them slapping a handcuffed teenager as they were being taken into custody. One of them is also being accused of trying to destroy the video surveillance that captured the activity.

The officers were reportedly captured on video not only assaulting the suspect, but also leaving the suspect’s home with a device that investigators believe the officers thought was a hard drive containing the video of the alleged battery. They now face criminal charges, a $6,000 bond, suspension with pay pending an internal affairs investigation, and one was even relieved of duty.

History of Police Abuse in Florida

Unfortunately, news covering potential police misconduct committed against suspects is fairly common in Florida. Last year, Florida prosecutors charged a Miami police officer who was captured on video trying to kick a suspect who was handcuffed on the ground. He was charged with assault and a second-degree misdemeanor. Also last year, we addressed the issue of one police chief who was found to have purposely framed black teenagers here in Florida in an effort to boost his department’s arrest and conviction record. The officer now faces a 10-year maximum sentence for depriving these citizens of their civil, and those officers who assisted him are also serving time in prison.

The response from a number of police officers charged with using excessive force is that this level of force was necessary in order to apprehend a suspect that posed a danger to themselves and the public at large. Still, there is little justification for using excessive force against a suspect who is not resisting, while their hands are restrained, and the mandate that officers wear body cams is allowing for more and more to be held accountable.

It is important to note that body cameras are now standard for officers in Florida, with the exception of Tampa Bay. This includes Jacksonville, Miami-Dade, and Orlando, as well as Broward, Duval, and Orange sheriff’s deputies as well. According to reports, the only areas of Tampa Bay that have embraced the devices include Pasco County and Temple Terrace. Research has already shown that the use of this technology is reducing police misconduct, overall.

If you are a criminal defendant who has suffered due to police misconduct while being arrested, or if you have been accused of battery or assault charges in Florida, contact our Florida criminal defense and civil rights attorneys at the Baez Law Firm today to find out how we can help.