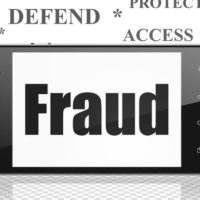 On March 30th, the owner of Orlando-based Fertility Pharmacy (Larry Howard) was sentenced to 13 years in prison and ordered to pay $4.3 million in restitution, as well as surrender two properties, in association with an allegedly fraudulent healthcare kickback scheme.

According to federal prosecutors, Howard funneled patients to doctors that he had pre-selected, and those doctors would then prescribe very expensive medications and creams that cost around $17,000 per bottle, as billed to TRICARE, which provides health insurance coverage for active duty military members, their families, and retired veterans. Two doctors (Bramwell and Stone) were also convicted in association with the scheme.

According to the Department of Justice’s report, Howard paid illegal health care kickbacks to Stone, who then referred patients to specific doctors selected by Howard. These doctors then prescribed very expensive medications, which Howard then billed to TRICARE. Between October 2014 and May 2015, TRICARE paid Fertility Pharmacy over $4.3 million as a result.

The case was brought as part of the Medicare Fraud Strike Force, and was investigated by the DOD-OIG and FBI. Since 2007 when it was formed, the Force has charged nearly 3,500 defendants with similar charges. It brings together efforts of the Department of Justice, FBI, local law enforcement, the Office of Inspector General, Offices of the United States Attorneys, and others, and currently operates in nine areas, including Miami and Tampa, Florida.

In February, the Force sentenced a Miami-based man to 60 months in prison for his role in a $63 million health care fraud scheme allegedly involving a community mental health center that provided partial hospitalization services to people suffering from mental illness. He was also ordered to pay $9,921,726 in restitution and to forfeit any assets in satisfaction of the personal money judgment entered against him in the amount of $432,829. He pled guilty to one count of conspiracy to defraud the United States and receive health care kickbacks.

If you are being investigated by the Medicare Fraud Strike Force for crimes like these, you do not want to delay in speaking with an experienced criminal defense attorney. You are entitled to specific rights, and it is important that you establish certain evidence when it comes to intent early on in these investigations. For more information, contact the Baez Law Firm in Miami, Florida.