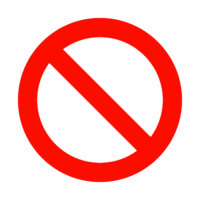 USA Today recently ran an important story on one Florida plastic surgery clinic becoming a national epicenter for wrongful death. This clinic is described as a “factory assembly line” that processes a number of patients every day. However, just at this one clinic and a nearby facility, eight patients have died just in the last six years, accounting for one out of every five surgery deaths in the entire state of Florida.

In addition to those who have died, many others have been left with critical injuries and complications that require them to have additional surgeries in order to save their lives. These mistakes are not unique, unforeseeable events, but rather the product of serious oversights and negligence that go far beyond what others in the field are involved in.

Also of concern is the fact that most of these women were working-class African-Americans and Hispanics, which the clinic specifically targets and entices via advertising.

While the clinic’s name changed three times in less than three years, it’s owner—Dr. Ismael Labrador—remained in charge even though he had once been suspended from practicing medicine due to allowing unlicensed workers to perform cosmetic surgery procedures. Labrador ran this clinic under similarly suspicious circumstances: doctors who were not board-certified in plastic surgery were hired and paid on commission. They performed these very risky schedules from morning to night; so busy that patients were often left fending for themselves after the procedure and if complications arose, treatment was either delayed or never given, forcing patients to rush to emergency rooms to get help.

Holding the clinic responsible was also challenging precisely because its name kept changing. Today, the practice is known as “Jolie Plastic Surgery.” Reportedly, when patients and loved ones raised questions, clinic owners and staff would deny that they had the correct clinic, instead indicating that they had simply taking over a location where there had been a previous plastic surgery center whose owners had perhaps made those mistakes. Still, basic research shows that the same doctors and owners remained at the clinic and continued to perform the same surgeries. This fraud, deception, and misrepresentation prevented patients to properly look into the facility’s history.

If you have lost a loved one due to a Florida doctor or medical provider’s intentional or negligent act, contact our Orlando wrongful death attorneys at the Baez Law Firm today to find out how we can help.