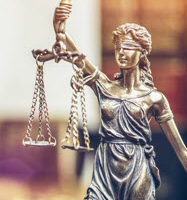 News of an 11-year-old Florida student being arrested, taken to a juvenile detention center, and charged with a misdemeanor for refusing to recite the Pledge of Allegiance in class has been covered all over news headlines. Not only is the child now facing criminal charges, but his civil rights under the First and Fourteenth Amendments have, unquestionably, been violated.

According to reports, the student explained that they objected to reciting the pledge because, in his opinion, the American flag represents discriminatory and unfair treatment of black people. The substitute teacher in charge of his class that day was reportedly unaware that students legally have the right to refuse to participate in the Pledge, and informed him that he could “go back to where [he] came from” if he didn’t like it. According to the school and police, he was arrested not for his refusal to participate, but for “disrupting” the classroom and disorderly conduct.

How Are There Criminal Charges Involved?

There are a number of questions surrounding the issue of why the school decided to involve the police at all, as well as concerns over the police report, which some say has largely been fabricated in order to justify what is otherwise a very obvious wrongful arrest. According to witness reports, the student was simply articulating an opinion/argument, as you would in a court of law, and it was the campus’ school officer who decided that the student should be arrested, not the middle school itself. Even one state Attorney for the 10th Judicial Circuit in Florida has indicated that, as far as he can tell, the state doesn’t have a case here. Still, according to some reports, the offer from prosecutors to drop the case was contingent upon the student completing a “diversion program” which included community service and fines.

What about His Civil Rights?

The U.S. Supreme Court has already held that requiring students to recite the Pledge of Allegiance violates their First Amendment (freedom from religion and free speech) rights and their Fourteenth Amendment (due process) rights. In addition, the act of even conducting the Pledge in school has raised questions in court concerning whether holding the Pledge of Allegiance automatically violates students’ civil rights, as the phrase “under God” is part of the recital.

In addition to civil rights violations, the incident has also raised concerns about the willingness of Florida schools to call the police on students of color for “routine classroom disciplinary issues.”

If you live in Florida and you or a loved one’s civil rights have been violated in an outrageous incident like this one, contact our experienced civil rights lawyers at the Baez Law Firm today to find out how we can help.