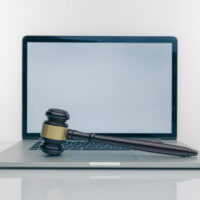 There are strict rules governing the admission of testimony in a Florida criminal trial. Both the prosecution and the defense need to follow these rules. And if testimony is admitted in violation of the rules, it can taint the outcome of the trial.

Even a seemingly small deviation from the rules of evidence can have a significant impact. Take this recent decision from the Florida Supreme Court, Avsenew v. State. In this case, the Supreme Court overturned a capital murder conviction on what might seem like a technicality–the defendant could not see his mother while she gave a deposition.

Here is the background. Prosecutors charged the defendant with two counts of first-degree murder. The victims were found dead in their home. The defendant knew both of the victims and had briefly lived with them. But he denied committing the murders, although he admitted to discovering their bodies and taking their stuff before leaving.

The state’s key witness against the defendant was his own mother. The mother claimed her son made a number of incriminating statements to her about the murders. She also described her son’s visit following the killings when he was seen in possession of the victims’ SUV.

Due to the mother’s poor health, she was unable to travel to court to give in-person testimony at trial. The prosecution therefore moved to “perpetuate” her testimony. This basically means that the mother’s testimony was taken in a pretrial deposition, a procedure permitted by Florida’s Rules of Criminal Procedure. The mother testified remotely from Polk County while the prosecutors, judge, and defendant were located in a courtroom in Broward County.

Under the Rules, when a deposition is taken in this manner the defendant must be kept “in the presence of the witness during the examination.” In other words, the defendant and the witness must be able to see one another at all times during the deposition. In this case, however, that rule was not followed. The mother was not able to see the defendant while she testified. The trial judge was aware of this but took no action to comply with the rule. Indeed, the Supreme Court later observed that the court’s “sheer indifference” constituted a clear violation of the rules.

And that violation was sufficient to throw out the defendant’s ultimate conviction. Under the circumstances, the testimony was not admissible. And the mother’s testimony was essential in contributing to the jury’s verdict. As such, the only proper legal remedy was to order a new trial.

Small details can make a big difference when it comes to a criminal trial. An experienced Orlando murder defense lawyer can help ensure that prosecutors and judges follow the rules when you are on trial for your life. Contact the Baez Law Firm today to schedule a consultation with a member of our Florida criminal defense team.