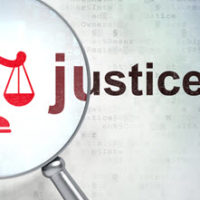 We have previously discussed how the right to vote is one of the most important fundamental civil rights that we as Americans have had, and how many in Florida have had this right stripped away due to past felony convictions, leading to a new civil rights movement to end Florida’s felon disenfranchisement law.

There are currently an estimated 1.5 million ex-felons (out of a total 6.1 million at the national level) that have been disenfranchised by Florida’s system. The battle to restore these rights came to a head in late July, when the case involving these efforts was transferred to the 11th Circuit Court of Appeals after a federal judge struck down the restoration process as unconstitutional.

The case was originally brought by nine individuals whose voting rights were revoked due to past felony convictions. They challenged Florida’s current system for restoring voting rights, which requires that felons wait at least five years until after completing all the terms of their sentence before ex-felons can seek restoration of the right to vote. Four elected officials then have to personally approve every single clemency petition.

While the former Governor Charlie Crist had changed the rules to allow thousands of ex-felons to regain their rights without the need for a formal hearing in 2007, Governor Scott and three new Cabinet members then imposed the five-year waiting period in 2011.

In April, U.S. District Court Judge Mark Walker ruled that Florida (i.e. Rick Scott et al) had violated the U.S. Constitution’s guarantees of equal protection and freedom of expression by providing state officials with unfettered discretion to decide which felons should or should not regain their right to vote. Walker ordered the current system be dismantled and replaced with one that had more specific criteria for restoring felons’ right to vote.

What about November Elections?

The main question on everyone’s mind at this point is whether the Appeals Court will rule in time for those individuals affected by the restriction to vote in the 2018 election in Florida. The deadline to register to vote in the general election is October 9.

There is also a Florida ballot measure slated to be voted on this November which would restore ex-felons voting rights (except for those convicted of murder or sex crimes) without the need for a hearing by altering the state Constitution.

Under both Florida and the U.S. Constitution, you are afforded certain protected (civil) rights. If your civil rights have been restricted or eliminated due to a past conviction, contact the Baez Law Firm today to discuss how we can help. We work with clients throughout Miami, Orlando, and surrounding areas.