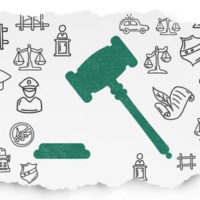 Eighteen years ago, South Carolina resident Gloria Williams experienced a miscarriage, a devastating event to say the least. One week later, she was seen roaming the halls of the Fort Lauderdale hospital’s maternity ward. Posing as a nurse, she sat by the side of Shanara Mobley, only 16 at the time, and pretended to offer her support and guidance following the birth of her daughter. When Shanara asked Williams to put her baby girl, Kimiyah, into the baby carrier, Williams supposedly took the baby from her mother’s arms, said that the baby was running a fever, and left the hospital room, never to be seen again.

On Friday, Jan. 13, 2017 – 18 years after the kidnapping took place – Kamiyah Mobley was found. However, she no longer went by her given name. Instead, she was known to friends, family, and mother – Gloria Williams – as Alexis Manigo.

If a Kidnapping Does Not Feel Like Kidnapping, is it Still Kidnapping?

On that unlucky Friday, Alexis Manigo’s world was turned upside-down when she realized that she was not really Alexis, and was in fact the missing infant from all those years ago. Though it is unclear as to how the girl found out about her true identity, what is clear is that she does not feel that her “mother” should be charged with kidnapping. In an exclusive interview with ABC News following her mother’s arrest, Manigo reportedly said, “I understand what she did was wrong, but just don’t lock her up and throw away the key… She made one mistake, but I was loved.”

Manigo’s lawyer is urging people to not be too hasty to judge either daughter or mother, but the truth of the matter is, as Manigo herself so eloquently put it, “you do take a loss when someone so dear to you is just snatched like that.”

Despite Manigo’s protests, Gloria Williams is being charged with kidnapping and interference of custody, and is being held without bond. Her bail is set at $503,000. She has been extradited from South Carolina to Florida, where her case is to be heard.

Penalties for Kidnapping in Florida

Under Florida Statute § 787.01, kidnapping is defined as the forcible, secretive, or by threat confining, abducting or imprisoning of another person against his or her will and without lawful authority. A person who commits the offense of kidnapping in Florida is guilty of a felony of the first degree. According to Florida Statute §775.082, a first degree felony is a life felony. If committed on or after July 1, 1995, a life felony is punishable by a term of life imprisonment or by imprisonment for a term of years that does not exceed life imprisonment.

Interference of custody, Gloria William’s second charge, is defined as knowingly or recklessly taking, enticing, aiding or abetting any minor or incompetent person away from the custody of his or her parents, legal guardians, or public agency. A person who commits the offense of interference with custody commits a felony of the third degree, and faces a term of imprisonment not exceeding five years.

Gloria Williams has a long road ahead of her, but with an experienced criminal defense lawyer on her side, she may be able to receive a reduced sentence. If you are charged with kidnapping, it is imperative that you consult with a Miami criminal defense lawyer right away. Your defense relies upon the careful and thorough consideration of the circumstances surrounding the kidnapping, and an understanding of the charges brought against you. Do not take the charges against you at face value, and reach out to the criminal defense lawyers at The Baez Law Firm right away to see how we can help you. Call 800-588-BAEZ now to schedule your free consultation.