How A Brady Violation Can Overturn A Criminal Conviction 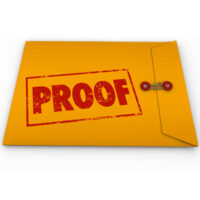 In a criminal trial, the prosecution is not supposed to “ambush” the defense. Nor can the state intentionally withhold information that might undermine their case. To do either is what is called a Brady violation, named for a 1963 United States Supreme Court decision.

A Brady violation occurs when three conditions are met:

Basically, if there was a “reasonable probability” that a defendant would not have been convicted but for the prosecution withholding material evidence, then that conviction cannot stand.

Recently, the Florida Supreme Court reversed a capital murder conviction based on a Brady violation. Prosecutors charged the defendant in this case, Simpson v. State, with killing two people in 1999. One of the victims was working at the time as a confidential informant for a local sheriff. The informant himself was “heavily involved in the drug trade in Jacksonville,” according to the Supreme Court. The bodies of the drug dealer/informant and his girlfriend were found in his house. Both victims were “hacked to death with an axe.”

The defendant was charged with the murders several years later. The key evidence at trial was the testimony of another drug dealer–who claimed the defendant had confessed committing the killings to him–and DNA evidence found near the crime scene. At trial, the defense argued that three other men who were part of the drug trade, including the state’s key witness and the informant’s son, likely conspired to commit the killings themselves. The defendant denied playing any role in the murders.

The jury ultimately convicted the defendant of both murders and sentenced him to death. The Florida Supreme Court affirmed the convictions on direct appeal in 2009. Several years later, the defendant filed a petition for post-conviction relief. As relevant here, he alleged multiple Brady violations on the part of the state tainted his conviction.

This time, the Supreme Court agreed with the defendant. Specifically, the Court found that the state’s failure to disclose, prior to trial, the fact that the deceased drug dealer’s son was also a paid confidential informant was material. Essentially, the Court said that information would have given the defense another avenue to impeach the son’s testimony at trial. And given the overall lack of direct evidence implicating the defendant in the murders, that might have been enough to sway the jury into an acquittal. Accordingly, the Supreme Court said the defendant was entitled to a new trial.

When it comes to any serious felony–but especially murder–the state must never be allowed to take shortcuts with a defendant’s due process rights. An experienced Orlando murder defense attorney can help ensure your rights are respected. Contact the Baez Law Firm today if you need to speak with a lawyer right away.