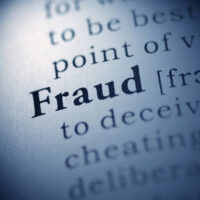 Filing a false insurance claim is a crime in Florida. Indeed, insurance fraud is considered a felony. This means that if caught and convicted, a defendant could face decades in prison.

A recent decision from a Florida appeals court, State v. Delprete, provided an important clarification as to what the state must prove in order to establish an insurance fraud charge. The specific issue in this case was whether or not the insurance company actually relied on the allegedly false statements made by the defendant.

Prosecutors then charged the defendant with leaving the scene of an accident. At trial on that charge, the defendant testified he was in the car when the accident took place, but only as a passenger. He said his uncle had been driving the vehicle.

A jury acquitted the defendant on the charge of leaving the scene. But that was not the end of the defendant’s legal troubles. Based on the defendant’s testimony, prosecutors now charged him with insurance fraud. In other words, since he admitted in court that he lied to the insurance company that the vehicle was stolen, he clearly acted to defraud the insurer.

The defendant moved to dismiss this new charge. He noted the insurer chose to pay the defendant’s insurance claim under collision coverage. And since the insurer’s claim adjuster testified that the company would have handled the claim the same had it known the defendant’s uncle was driving–i.e., the vehicle was not stolen–then any misrepresentation on the defendant’s part was immaterial and thus could not support a charge of fraud.

The district court agreed with the defendant’s reasoning and dismissed the case. The prosecution appealed, however, and the Florida First Fourth District Court of Appeal reinstated the case. The appellate court said nothing in Florida’s insurance fraud law actually required proof of “detrimental reliance” on the part of the insurance company.

If you are accused of any type of fraud, you need to take the matter just as seriously as you would any other felony charge. An experienced Orlando white collar crimes lawyer can provide you with a zealous defense. Contact the Baez Law Firm today if you would like to speak with a member of our criminal defense team.