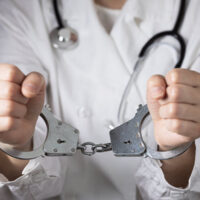 When you hear about criminal fraud, you might think of elaborate Ponzi schemes or large corporations engaged in complex plots. But perhaps the most commonly prosecuted type of fraud in the United States involved medical bills. Specifically, Medicare and Medicaid billing fraud.

If a provider knowingly overcharges Medicare or Medicaid, or even bills for services later found to be medically unnecessary, that provider may face serious criminal charges. It is considered a form of insurance fraud under federal and state law. And depending on the amount of money involved, the penalties can rival those of a person convicted of a violent felony.

Ex-Doctor Sentenced to 8 Years, Ordered to Pay Millions in Restitution

For example, the U.S. 11th Circuit Court of Appeals recently upheld the conviction of a former doctor in Georgia convicted of over-billing the government by more than $6 million in Medicare and Medicaid claims. The defendant in this case, United States v. Moss, served as the medical director and attending physician for a group of nursing homes. According to federal prosecutors, during a three-year period the defendant “billed 31,714 claims to Medicare for nursing home visits,” for a total of $6.7 million. Of that amount, the government actually reimbursed the defendant about $2.2 million.

The problem, as the 11th Circuit noted in its opinion, was that if you took those claims at face value, it would have meant the defendant had seen roughly 50 to 150 patients per day. In many cases, the Court explained, the defendant’s bills had him working 100 hours in a 24-hour day.

As part of the restitution order, the trial court applied a 10 percent credit to what the defendant billed Medicare and Medicaid, assuming that amount covered any “legitimate services” he provided to patients. On appeal, the defendant argued that the percentage should have been higher. But the 11th Circuit noted that the defendant himself was simply guessing at what his legitimate services were, and by law the burden of proof was on him to prove medical necessity. After all, Medicare and Medicaid are not obligated to pay anything for an invalid claim.

If you are facing any sort of fraud allegation involving a government program, you need to take the matter as seriously as you would a murder charge. Prosecutors are eager to pounce on any suspicion of Medicare and Medicaid overbilling. So if you find yourself in need of a qualified Orlando white collar crimes attorney, contact the Baez Law Firm today.