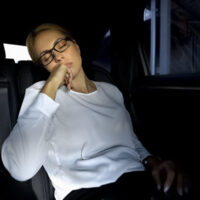 Sex crimes charges often involve some of the harshest penalties available under Florida law, particularly when the alleged offense involves non-consensual sexual activity. Indeed, sexual battery–the legal term for rape in Florida–can be charged as a first-degree felony under certain circumstances. For example, if the evidence shows the victim was “physically helpless to resist” or “physically incapacitated,” that would support a first-degree felony sexual battery conviction.

These issues often come up in sex crimes cases where the accuser was intoxicated and may not be able to remember a sexual encounter. Even if the defendant argues that sex was consensual, that may not be enough to persuade a jury.

Take this recent decision from the Florida Third District Court of Appeal, Abdallah v. State. The defendant in this case worked as an Uber driver in Miami. One evening he responded to a call for a ride. The call was actually placed by a bartender using one of their customer’s phones. The customer–the accuser in this case–and her friend had been drinking and the bartender had asked them to leave.

The defendant said he drove both women back to the accuser’s apartment. He also admitted to the police that he helped the accuser into her apartment and they had sexual intercourse. According to the defendant, this was consensual and the accuser had “initiated” the encounter by kissing him.

The accuser herself said she had no recollection of what happened that evening, having hit her head while still at the restaurant. But the friend testified that the defendant initiated sexual contact while the accuser was “limp” and effectively passed out on her bed. The next morning, after speaking with her friend, the accuser went to a rape treatment center.

Prosecutors later charged the defendant with two felony counts of sexual battery as well as felony burglary (as the defendant allegedly remained in the apartment unlawfully to commit the sexual battery). The state further argued the first-degree felony rule applied as the accuser was physically helpless and physically incapacitated at the time of the alleged rape. A jury convicted the defendant on all counts and the judge imposed a sentence of approximately 14 years in prison.

On appeal, the defendant argued he was entitled to an acquittal based on a prior decision by the Third District, Coley v. State. In that case, the appellate court reversed a sexual battery conviction because the accuser testified at trial that “she may have given consent to the acts in question,” which created reasonable doubt. That decision was inapplicable here, the Third District said, as the accuser said she did not remember the encounter at all. She never expressly said she gave consent. More to the point, the evidence in Coley did not indicate the accuser was incapacitated or unable to communicate during the events in question. Accordingly, the Third District in this case affirmed the jury’s guilty verdict.

Many sex crimes cases boil down to a “he said/she said.” Never assume that the police–or a jury–will simply take your word for it that the sex was consensual. You need to work with an experienced Orlando sex crimes lawyer who will provide you with the strongest defense possible. Contact the Baez Law Firm today to schedule a consultation with a member of our team.