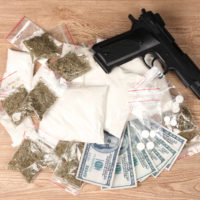 When the First Step Act was signed into law, there were high hopes that it would institute some real criminal justice reform that included allowing for those who had been unfairly punished with especially lengthy prison sentences for nonviolent crack cocaine charges, including for first time offenders, to petition to have their sentences reduced. And, indeed, the law has met some of its goals in terms of reducing federal sentences for nonviolent drug offenders, especially in addressing the disparity in crack cocaine convictions in particular, which have disproportionately affected Black men. A number of inmates have been resentenced or released under the law’s provisions, which allow it to be applied retroactively.

However, the law also provides a significant amount of discretion to judges in terms of determining who they can and cannot apply the Act’s provisions to, leaving a number of inmates without any recourse whatsoever if a judge is opposed to the principle of the law and simply denies their petition. In that sense, the Act’s application is essentially arbitrary because it is entirely up to the judge’s discretion.

Too Much Discretion, especially for Judges Who Personally Disagree with Congress On the Issue

Take US District Judge Danny C Reeves of the Eastern District of Kentucky: He has denied compassionate release to inmates who were especially vulnerable, resentencing for crack cocaine offenders, and requests for early release for “good time” served.  He ruled that defendants who entered guilty pleas before the First Step Act was technically enacted were ineligible for some of its benefits; even if they weren’t sentenced until after it was signed into law, and even denied sentence reductions to inmates referred to him by the US Sentencing Commission as potentially eligible for sentence reductions.

For judges like Reeves, it does not appear to matter that the laws and sentencing guidelines have also changed for some crimes–If they do not agree that the punishments were too harsh, they simply refuse to resentence. And while some appeals courts have decided to free some inmates after their federal trial judges have rejected their petitions to be resentenced, others have died of the virus while serving almost 30 years in prison for one nonviolent drug charge.

Another issue with the First Step Act has involved courts having to unravel some of the law’s ambiguities, for example, trying to figure out whether they should take into account concurrent charges, or an inmate’s behavior while incarcerated, etc. In one case, an appeals court even had to overturn a decision from a judge who incorrectly decided that an inmate was ineligible for resentencing under the First Step Act because they had been caught with too little crack cocaine. This is an indication that there is still a significant amount of confusion amongst some judges as to what Congress’ intention was in passing the law.

First Step applicants who do not have the assistance of an attorney are also far less likely to be successful with their application. This is especially important for those who were sentenced when certain crimes were classified differently.

If you have been charged with a drug crime or have any questions about your rights under the First Step Act, contact the Orlando criminal defense lawyers at the Baez Law Firm for a free case consultation to find out more about your legal rights and options.