How Williams Rule Evidence Can Affect Your Criminal Case 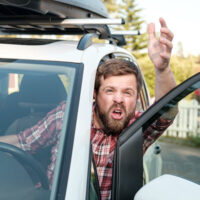 For these reasons, prosecutors typically cannot introduce evidence of uncharged or unrelated crimes. For instance, if a person is on trial for murder, the prosecution normally cannot introduce evidence that the defendant committed an unrelated robbery 10 years earlier. Such extraneous information would simply paint the defendant as a “bad person” in the eyes of the jury.

But there are situations where Florida courts will permit the state to use a defendant’s past criminal record to try and prove a “material fact in issue,” such as motive or opportunity. Again, past crimes cannot be used to prove bad character. But if there is a past crime that is similar enough to the crime on trial, prosecutors may be able to introduce that evidence under what is known in Florida as the Williams rule.

A recent decision from the Florida Second District Court of Appeal, Drejka v. State, illustrates how the Williams rule can be used against defendants. In this case, the defendant shot and killed a man during an argument over a parking space outside a convenience store. This part was not in dispute: the defendant admitted to the shooting. But he told police that he had acted in self-defense. For their part, the police found the defendant’s explanations for what happened “conflicting” and they eventually arrested him for murder.

The jury ultimately rejected the self-defense argument and found the defendant guilty of manslaughter. On appeal, the defendant argued, among other issues, that the evidence of the prior encounter with the witness should not have been admitted. The Second District disagreed, holding the witness testimony was admissible as Williams rule evidence.

The trial judge found that the testimony was “extraordinarily similar to the charges in this case.” That is to say, the witness had parked in the same parking space as the victim, which in turn prompted the defendant to initiate an altercation. In the prior incident, the testimony was that the defendant threatened to kill the witness. In the second incident, the defendant did in fact shoot and kill the other party. These incidents occurred less than six months apart, so this was not a situation where the earlier crimes were “remote.”

More to the point, the evidence of the prior incident assisted the prosecution in proving an element of its case–i.e., rebutting the defendant’s claim of self-defense.

Although Florida has strong legal protections for individuals who act in self-defense, you cannot assume that simply asserting self-defense will help you avoid a trial or conviction. You need to work with an experienced Orlando homicide lawyer who can review your case and assist you in preparing a proper defense. Contact the Baez Law Firm today to schedule a consultation.