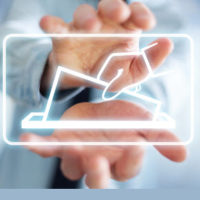 This November, there will be 13 key constitutional amendments on Florida’s ballot. This represents one of the longest lists of proposed constitutional changes in decades. It is crucial to understand what implications each of these amendments could have on your civil rights before you vote. Each and every one requires 60 percent of the vote to be approved.

Below, we discuss each of those involving civil rights in great detail, while also covering the others in brief:

This amendment would shift the authority over the decision to expand casino gambling in the state from the Legislature and voters to voters exclusively. This includes card games, casino games, slot machines, and related games.

This addresses an important issue we have discussed before:  it would restore voting rights to former felons if they have served their time, while also building in an exemption for those have committed crimes such as murder or sex crimes. Under the current administration, it is very difficult to apply to regain voting rights. If passed, more than 1.5 million Floridians would likely be affected.

This amendment would require a two-thirds supermajority vote in the legislature to approve, impose, or raise state taxes and fees. This also means that it would take only one-third of all members in the state House or Senate to block any future tax increases or repeal existing exemptions, and would block any provisions to raise state taxes or fees, as sometimes tacked onto other state bills. However, note that it would not apply to fees or taxes that are levied by local agencies and governments (for example, school districts).

This creates a bill of rights for crime victims and establishes new requirements for judges. It also increases the mandatory retirement age for judges from 75 to 70 and bars judges from deferring to administrative agencies when it comes to interpretations of rules or statutes. Note that the amendment has drawn criticism from those who fear that it could flood the justice system with additional burdens.

This would remove language from the state Constitution that prevents “aliens ineligible for citizenship” from owning property and clarify that repealing a criminal statute would not retroactively affect the prosecution of relevant crimes previously committed.

Other, non-civil rights-related amendments include the following:

If you have been denied your civil rights in Florida, as guaranteed both by the U.S. and state constitutions, contact us at the Baez Law Firm today to find out how we can help.