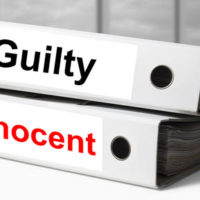 Between March 2011 and December 2011, Orlando resident Wilson Benjamin cashed approximately $17.8 million in fraudulent federal tax refund checks. Throughout that time period, he cashed over 2,000 fake income-tax returns, 430 of which were in the name of dead people. In order to make such a feat possible, Benjamin owned and operated both a financial services company, which handled tax preparation, and a check-cashing service. Individuals would bring fraudulent tax returns to Benjamin, who would cash them and take 10 percent of the cut. Over time, and as the operation grew, Benjamin’s cut grew to 20 to 25 percent.

Benjamin was confronted by the FBI in December of 2011, and pled guilty to tax fraud on January 7, 2012. He opted for a plea bargain, which stipulated that he must assist in the investigation and prosecution of his conspirators. Even so, he was sentenced to four years in prison for tax fraud and fined $4 million.

When it comes to taxes, individuals will do just about anything to have to pay as little as possible. For some people, this means hiring an experienced tax lawyer to help pinpoint all possible deductions and credits—or, in other words, eliminating tax debt the legal way. For others, however, it means squirreling away money in offshore accounts, not claiming some or all of their income, or falsely representing income that they have not earned (all of which are entirely illegal). Statistics show that tax avoidance and fraud schemes account for close to $500 billion in the U.S.’s tax gap.

Your Defense to Tax Fraud in Orlando

If you have been charged with tax fraud, it is imperative that you have an aggressive and seasoned white collar crimes lawyer on your side. Tax fraud comes with harsh punishments, ranging from imprisonment, hefty fines, or both (Title 26 USC § 7201). Because of this, your legal representation should be knowledgeable of both tax law and criminal law. Tax fraud cases are extremely complex, and require the ability to sift through mountains of paperwork, a keen eye for detail and numbers, and the ability to aggressively and with sincerity defend your case in front of judge and jury. Without all three, your case may be written off as yet another attempt by a greedy individual to avoid paying their taxes.

With tax season just around the corner, the IRS and other government agencies are on the lookout for suspicious returns, misrepresentation in income, and unreported or underreported income. They are also on the lookout for individuals who open offshore accounts or who routinely do business outside of the U.S. If you have committed any suspicious activity in the past year, the IRS may have their eye on you.

If you are brought to trial for tax fraud, our Orlando tax fraud defense lawyers at The Baez Law Firm ensure that the jury recognizes your innocence and views the charges against you as the tax-filing mistake they are. To consult with a tax fraud lawyer right away, call 800-588-BAEZ now.