Is “Consent” A Valid Defense To A Federal Sex Trafficking Charge? 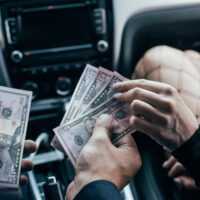 Sex crimes do not just include direct offenses against individuals, such as sexual assault. It also includes “commercial” activities like child sex trafficking. Federal law states a person is guilty of sex trafficking if they “knowingly recruit, entice, harbor, transport, provide, obtain, or maintain a minor” to engage in any “commercial sexual act.” In simpler terms, it is a federal crime to offer or obtain a child and then use said child to engage in sexual activity in exchange for money or anything else of value.

While minors cannot legally consent to sexual activity, what about adults? If an alleged victim of sex trafficking was over 18 at the time of the alleged offense, can a defendant argue there was consent to perform the commercial sex act? The short answer is “no,” as the U.S. 11th Circuit Court of Appeals recently explained.

The case before the 11th Circuit, United States v. Williams, involved a defendant convicted of sex trafficking multiple women, most of whom were minors at the time the defendant “recruited” them. According to the evidence presented at the defendant’s trial, he forced the three women to work as prostitutes. As the 11th Circuit described the evidence, the defendant “often threatened to kill the girls or their families if they didn’t obey him.” This continued for more than a decade until one of the women contacted law enforcement.

Eventually, a federal jury in Florida convicted the defendant on five counts of sex trafficking and one count of obstruction. The trial court sentenced the defendant to life in prison and ordered him to pay financial restitution to three of his victims.

One of the defendant’s arguments on appeal was that the trial judge erred in refusing to instruct the jury that “consent or voluntary participation of an adult is a defense to sex trafficking.” Although 2 of the 3 victims were initially minors, all three continued to perform commercial sexual acts into adulthood. The defendant maintained that as adults, the women could “legally consent to commercial sex.”

The 11th Circuit said that argument was without merit. Indeed, the Court noted it had “never recognized consent as a valid defense to sex trafficking.” Nor could the defendant cite an opinion from any other federal appellate court to the contrary. And in any event, the nature of the sex trafficking charge itself required the prosecution to prove the defendant use “force, threats of force, fraud, coercion, or any combination of such” to compel the victim’s actions. It was therefore unnecessary to separately instruct the jury as the defendant requested.

If you are facing any sort of sex crimes charge, you need to take the matter seriously. Your first call should be to a qualified Orlando criminal defense attorney. Contact the Baez Law Firm today to schedule a free initial consultation with a member of our team.