Is There A Difference Between Pleading “Guilty” And “No Contest”? 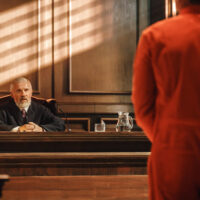 If the police arrest you on suspicion of committing a crime, you must be taken before a judge and arraigned. The main purpose of arraignment is for the defendant to enter a plea to the charges presented. If the defendant pleads “not guilty,” then the case will be held over for trial. The defendant may also elect to plead “guilty.”

In some cases, a defendant may enter a plea of “no contest” or its Latin equivalent nolo contendere. Is there actually a difference between the two pleas? And what happens if the prosecution decides to abandon its case before trial?

The Consequences of Pleading Guilty

When you plead guilty, you are admitting the charge against you, i.e., that you committed the alleged crime. Keep in mind, many defendants initially decide to plead “not guilty” but will later change that plea after reaching an agreement with the prosecution. With a plea bargain, you may agree to plead guilty to a crime that is less severe than the original charge; the prosecutor may also agree to recommend a sentence that is less than the statutory maximum penalty. The judge must still approve the final plea agreement, and you can still withdraw your guilty plea and proceed to trial at any time before the court grants that approval.

A no-contest plea is basically what it sounds like: You will not contest the charges made against you by the prosecutor. This is not exactly the same thing as pleading guilty, because you are not actually saying you committed the crime. But you accept the prosecution has sufficient evidence to convict you if you were to go to trial.

Practically speaking, a no-contest plea is treated the same as a guilty plea for purposes of the criminal trial. In other words, the judge can sentence you just the same as if you pleaded guilty. That said, by not admitting to a crime in court, that can help you if you subsequently face a civil lawsuit. For example, if you plead no-contest to a criminal drunk driving charge, that plea cannot be used as evidence of your guilt should an accident victim later sue you for civil damages.

Similar to nolo contendere, another Latin legal term you will also see in the criminal justice system is nolle prosequi. This refers to a situation where the state decides to abandon a prosecution before trial. This usually happens if the prosecutor decides they lack sufficient evidence to obtain a conviction.

While a nolle prosequi may end the criminal case against you, it does not erase the record of your arrest. In some cases, however, it is possible to seek a court-ordered expungement of your record following a nolle prosequi.

Indeed, if you need any sort of legal advice before entering a plea and would like to speak with a qualified Orlando criminal defense lawyer, contact the Baez Law Firm today to schedule a consultation.