Is There A Difference Between Supporting A Terrorist Organization And Committing A “Crime of Terrorism”? 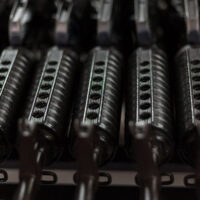 Money laundering and drug trafficking are two of the most commonly prosecuted federal crimes in Florida. Both offenses can lead to serious prison time. And in some cases, prosecutors may try and up the stakes by trying to connect such activities to “terrorism,” which can lead to even harsher sentences.

Of course, just because the government claims the defendant’s actions were meant to further terrorism, that does not mean they have the evidence to back it up. A recent decision from the U.S. 11th Circuit Court of Appeals, United States v. Arcila Ramirez, addressed this subject. In this case, the Court held the defendant was entitled to a new sentencing hearing because the trial court “failed to make the required factual findings” supporting sentencing enhancement for terrorism.

At trial, the defendant admitted he sold weapons to the National Liberation Army–commonly known as the ELN–a Columbian insurgent group designated as a “foreign terrorist organization” by the U.S. Department of State. As the 11th Circuit noted in its opinion, the ELN “historically focused on attacking economic infrastructure, including oil and gas pipelines and electricity pylons.” The organization also “engaged in narcotics trafficking, extortion of companies, and kidnappings for ransom to fund its operations.”

The defendant pleaded guilty to one count of “knowingly providing material support to a foreign terrorist organization.” In sentencing the defendant, the trial court applied an enhancement for committing the “federal crime of terrorism.” This led to a final sentence of 20 years in prison.

As the 11th Circuit explained, however, providing support to a foreign terrorist organization is not the same thing as committing the federal crime of terrorism. The latter requires proof that the defendant’s actions were “calculated” to “influence, affect, or retaliate against government conduct.” Here, the defendant essentially argued that he had no way of knowing if the weapons he provided would be used for terrorism as opposed to the ELN’s other criminal activities, such as drug trafficking.

Whether that was the case or not, the 11th Circuit said the trial court was still required to make specific findings on this point before applying any terrorism enhancement to the defendant’s sentence. On this limited issue, the appellate court agreed with the defendant that the trial judge should not have “assumed” that providing material support to a foreign terrorist organization was “per se a federal crime of terrorism.” The trial court needed to determine if the evidence supported a finding the defendant’s actions were “calculated” to undermine the Colombian government.

Federal crimes often carry more substantial and life-altering consequences than state-level offenses, especially when it comes to drugs or weapons. That is why it is crucial to work with an experienced Orlando federal crime lawyer who will zealously represent your interests in court. Contact the Baez Law Firm today to schedule a consultation with a member of our criminal defense team.