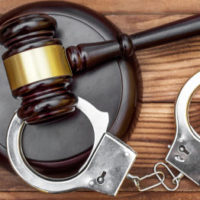 Central Florida criminal defense attorney Jose Baez recently released a book on his work to protect a former high-profile client, former NFL player Aaron Hernandez, as highlighted in local publications and news channels in late August. The book—“Unnecessary Roughness: Inside the Trial and Final Days of Aaron Hernandez”—provides new insight into the athlete, who committed suicide within days after he was acquitted of murder.

Since then, a number of news articles and studies—as well as the book—have also looked at to what extent Hernandez suffered from Chronic Traumatic Encephalopathy (CTE), a degenerative brain disease mainly found in athletes (especially football players) who have a history of incurring repetitive brain trauma. Specifically, a number of publications discussing CTE have posited that it could very well serve as a viable defense for murder charges in light of the significant effects that it has on the brain and behavior.

A Man Who Clearly Suffered From Significant CTE

In his book, Baez describes just how different Hernandez was in-person from the persona many assumed he had based on media reports. Baez also discusses how surprised he was by Hernandez’s death, which he notes could only be attributable to the disease, given how excited Hernandez was about the future after receiving a ‘not guilty’ verdict.

Sadly, researchers with Boston University examined Hernandez’ brain after his death, and not only found evidence of CTE, but noted that it was the worst case of CTE in anyone they had ever seen in a young person. Experts have noted, repeatedly, that the frontal lobes – which tend to get affected in the case of CTE – are involved in impulse control, judgment, problem-solving, and social behavior. According to Baez, Hernandez was found to have the brain damage of someone who had been playing in the league for 18 years.

Since his experience defending Hernandez, Baez also notes that he now feels very strongly that tackle football inevitably causes significant brain damage and there is no question that parents should not allow their children to play tackle football; even going so far as to say that doing so amounts to child abuse.

The Florida Criminal Defense Attorney Who Successfully Defended Him & Many Others

When it comes to putting together a solid criminal defense, the key is to convince the jury that there is a reasonable doubt as to the defendant’s guilt. Jose Baez is one of the most widely recognized and lauded defense lawyers in the entire United States, and has ripped holes in a number of criminal prosecutions that simply did not hold water. He understands – perhaps better than anyone – that prosecutors and law enforcement will sometimes do anything to secure a conviction, include move against the pursuit of truth. Contact our offices today to find out more about our services.