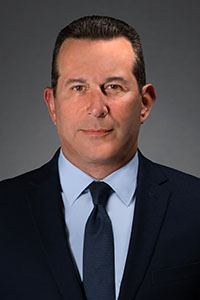 “When a person in our system of justice is charged with a crime, they cannot fight for themselves, they need a lawyer who will stand by them through thick and thin, not judge them and say, ‘Mister or Madam Prosecutor, in order for you to convict my client, you are going to be in for the fight of your life.’”

Few trial lawyers have ascended to national prominence as quickly and spectacularly as Jose Baez.  Known for his passion, hard work and brilliant courtroom strategies, Jose Baez has brought a new hard-hitting style of trial work to the courtroom.

Jose A. Baez is an experienced trial lawyer who has represented clients in the full range of criminal and civil cases. He is best known for “shocking the world” in what TIME Magazine dubbed the “Social Media Trial of the Century”. While he won an acquittal in the Casey Anthony murder trial, Mr. Baez has had continued success in and out of the courtroom. In 2011, he flew to Aruba and helped free millionaire and businessman Gary Giordano from prison. Mr. Giordano was a suspect in the disappearance of Robyn Gardner.  He was named “Lawyer of the Year for 2011″ by LawyersUSA magazine and also named as one of the “Top 100 Trial Lawyers” for 2011, 2012, 2013 and 2014 by the National Trial Lawyers Association.  Mr. Baez is also well known for representing many victims of negligence and serious crimes.  In 2012, he began representing multiple victims in the “Dark Knight” shooting tragedy in Aurora, Colorado.  He also represented a rape victim in one of Chicago’s high-profile negligent security cases.

Mr. Baez’s practice has a particular emphasis on representing clients in complex and high-profile criminal and civil cases. However, many of Mr. Baez’s successes never make it into the spotlight as he has represented celebrities and athletes who prefer anonymity. This is where his knowledge and experience with the media helps best serve his clients. Few lawyers understand the importance of media relations and its inner workings. Mr. Baez has gained extensive experience in successfully defending scientifically and medically intensive criminal and civil cases. He has worked on issues including shaken baby syndrome, pediatric head injuries, sexual assault cases with medical evidence, and cases involving DNA evidence.  Additionally, his experience extends to civil cases that involve suing some of the biggest insurance companies in the country. Once called “the most hated lawyer in America”, Jose A. Baez wears that title like a badge of honor.  Despite personal criticism, serving his clients is his highest priority.

In order to more effectively cross examine many forensic experts, Mr. Baez finds it important to learn the science himself. That is why he has completed hundreds of hours of training in forensic science. Mr. Baez has studied DNA, Blood Pattern Analysis, trace recovery, forensic pathology, and entomology, just to name a few.  Additionally, Mr. Baez is a highly sought-after speaker and lecturer.  He is on the faculty at Harvard Law School where he teaches trial techniques to second- and third-year law students in what is considered one of Harvard Law School’s most popular courses.  Mr. Baez is fluent in Spanish and Portuguese and is extremely active in various charitable endeavors in the Hispanic community.  When not in the office fighting for justice, he enjoys traveling and spending time with his family.