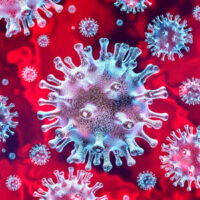 After Attorney General Barr announced the reinstatement of the federal death penalty in 2019, in spite of the many problems associated with it, in July, a judge blocked what would have been the first federal execution in 17 years due to a request from the family of the defendant’s victims, who made a plea that traveling to the execution was too dangerous due to COVID-19. In granting the preliminary injunction, the judge noted that the family could experience irreparable harm by having to choose between risking their life and being exposed to COVID-19 to get to the execution and failing to be there even though they had lost three loved ones. While the court’s order indicates that the execution will be delayed until the Bureau of Prisons can provide “reasonable consideration” for the victim’s family, the Department of Justice has appealed the decision and is currently awaiting a ruling from the 7th Circuit.

It is also important to note that the victims’ family is opposed to the execution, and has repeatedly asked President Trump to commute the defendant’s sentence to life without the possibility of parole. They, along with others, have argued that there were a number of concerning disparities involved the defendant’s sentence compared to his co-defendant’s, who has been identified as the actual mastermind behind the crime, but who is not facing the death penalty in large part because he appeared to be more “clean-cut” at trial.

There are an estimated 62 federal prisoners currently awaiting execution on death row. While the US Supreme Court had temporarily blocked the administration’s attempt to resurrect federal executions in December 2019 due to the policy’s potential violation of the Federal Death Penalty Act, in June 2020, the Court cleared the way for it to move forward. Two out of three of the other executions planned for the summer are still scheduled, and similar lawsuits have been filed in these cases, arguing that those who wish to attend, including a spiritual adviser for one of the defendants, would be placed at risk of exposure to COVID-19 by attending. Recently, more than one thousand faith leaders also asked Attorney General Barr and President Trump to stop the scheduled federal executions, pointing out that the country is already grappling with COVID-19, an economic crisis, and a number of racial disparities and civil rights concerns embedded in the criminal justice system, and should thus be focused on preserving, not taking life.

Defendants Are Less Likely to Be Sentenced to Death When Represented by Qualified Attorneys: Contact The Baez Law Firm Today

The state of Florida is one of 28 states that still relies on the death penalty, and the quality of legal representation that a defendant receives in capital cases can literally make the difference between life and death. The better the attorney, the better the investigation, experts retained, and experience. It is crucial that any attorney trying a capital case be specifically experienced in that area and have access to the resources needed to put together the best defense possible.