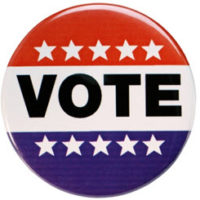 The right to vote is one of the most important fundamental civil rights in the United States of America. Sadly, it’s also one with a complicated history: thirty years ago, barely half of all eligible voters had cast a ballot in the presidential election.

As a result, the National Voter Registration Act was drafted and eventually passed with a goal of increasing participation by allowing voters to register at various public locations. In its first year, more than 30 million people either used it to register or update their registration—a huge success. However, voting rights are still under attack: We’ve previously discussed, for example, just how impossible it still is for ex-felons to cast their votes here in Florida.

The National Voter Registration Act is now reportedly under attack: Just in recent years, the U.S. Supreme Court weakened a key part of the law and ruled that states with long histories of voter discrimination no longer needed to clear election changes with the federal government first. More recently, legislators started making efforts to make it more difficult for Democratic-leaning constituencies to register; a phenomenon known as “voter suppression battle,” or fighting over how voter rolls are maintained.

On January 10th 2018, the U.S. Supreme Court will hear arguments over whether it is constitutional for the state of Ohio to remove voters from the rolls who have not voted over the course of a six-year period. Ohio reportedly purged two million voters just between 2011 and 2016, with voters in Democratic-leaning neighborhoods coming up as twice as likely to be removed from those in Republican-leaning neighborhoods. Many have remarked that this turns a guaranteed civil right into a “use it or lose it” activity, and could result in massive voter purges.

Fortunately, the federal appeals court ruled that Ohio’s activity was in violation of the National Voter Registration Act, which bars individuals from being removed from voter rules simply due to their failure to vote. Ohio and others are now responding (in their appeal to the Supreme Court) that not only are they purging voters based on a failure to respond to a notice, not via failing to vote, but also that the National Voter Registration Act would be overstepping by telling the states how they can manage their voting lists.

Unfortunately, Ohio is not alone: In 2013, Kansas implemented a new law which required that voters present a birth certification, naturalization papers, or a passport in order to vote. This resulted in an estimated one in seven voters being blocked from registering. This was successfully challenged, leading lawmakers behind it to, instead, draft federal legislation to amend the National Voter Registration Act.

If you have been denied your civil rights, working with an attorney who is experienced in civil rights law is in your best interest. At the Baez Law Firm, we can help. We protect and serve clients throughout Florida and Massachusetts, providing a focus in criminal defense, civil litigation, and civil rights. Contact us today to find out more.