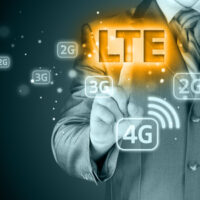 In February, The Wall Street Journal and The Hill reported that federal law enforcement divisions have been purchasing cell phone location data in their border enforcement and immigration efforts, and not just recently, at least since 2017. According to the Journal, this information is then turned over to the Department of Homeland Security, which then uses the data to detect undocumented workers entering the country illegally.

It also isn’t being done on a small scale: In 2018, Immigration and Customs Enforcement (ICE) reportedly spent almost $200,000, and in 2019, Customs and Border Patrol (CBP) spent more than $1 million, all to purchase licenses. While both agencies have acknowledged using the data, neither would provide specifics on how, specifically, it is used.

Fourth Amendment Concerns: The Argument That Warrants Are Needed to Do This

From a civil rights perspective, this is concerning in that the U.S. Supreme Court ruled in 2018 that location data drawn from cellphones requires a court order (which is not being obtained here) because it reveals so much about an individual. Specifically, acquiring cell-site records without a warrant violates Fourth Amendment protections against unreasonable search and seizure because the Fourth Amendment not only protects property interests, but also reasonable expectations of privacy, and tracking someone’s movements through cell-site records is intrusive. In that case, the Court also declined to find that disclosing information to a third party means that it carries no reasonable expectation of privacy.

However, some skeptics have countered that what the government is doing here is not illegal because it does not include cell phone tower data or the individual’s user identity. They have remarked that, in this context, the government is essentially acting as a private company, as though it is purchasing a device from a commercial vendor.

Another issue involved with law enforcement using this data to arrest and charge/prosecute individuals is that cell phone location data is often incorrect. Just because someone’s cell phone logs them being in a specific location at a specific time does not mean that they were actually there. As a result, some courts have overturned convictions based on this faulty data after it became clear that the data used in these cases was inaccurate. In reality, data was created to help companies deliver telecom services, not for surveillance purposes.

If you have been arrested based on cell phone location data, you need to speak with a criminal defense attorney right away in order to ensure that this information is not used against you as evidence. At the Baez Law Firm, our Orlando criminal lawyers regularly represent those whose Fourth Amendment rights were violated by law enforcement. Contact our office today for a free consultation.