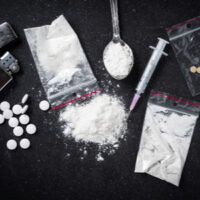 “The dog ate my homework” is a classic excuse that no teacher would accept. Similarly, when a trial court loses the transcript of a criminal case, an appellate court is not going accept that either. A transcript provides an official record for the appellate court to review. Without such a record, it is impossible to assess the merits of a defendant’s appeal–and it can result in the appellate court ruling for the defense by default.

This exact scenario recently played out in the Florida Fourth District Court of Appeal. This case, Brown v. State, involved drug charges. A police officer initiated a traffic stop of the defendant, ostensibly due to an “unassigned temporary tag” on his vehicle. The defendant told the officer he had owned the vehicle for about 3 months and was using temporary tags. The officer told the defendant he was under arrest for “failing to register his vehicle,” a misdemeanor offense.

Following the arrest, the officer searched the defendant’s vehicle and found marijuana and cocaine. The defendant admitted the drugs belonged to him and that he improperly placed the temporary tags on the vehicle. Prosecutors later charged the defendant with drug possession, but declined to charge the misdemeanor offense related to the tags.

Before a trial court, the defendant argued the officer’s actions were illegal and both the drug search and his confession should be deemed inadmissible as evidence. The trial judge denied the motion. The defendant then agreed to plead “no contest” to the charges but reserved his right to appeal the denial of his motion to suppress.

Normally, the trial court would send its transcript to the appellate court as part of the review process. But according to the Fourth District, the transcript notes were lost when the court reporter’s car was stolen. The Fourth District therefore only had the judge’s order denying the defendant’s motion and other “written documents” in the record.

As the appellate court explained, the missing record was problematic. Under Florida law, the officer was not allowed to arrest the defendant without a warrant for a misdemeanor offense–i.e., attaching unassigned tags to his car–unless the officer personally witnessed the act. If the arrest was unlawful, then so was the subsequent search of the car for drugs, as well as the defendant’s admission to drug possession.

The prosecution replied that the arrest was lawful because the officer relied on the “independent ground of misuse of a tag to avoid registration of [the defendant’s] vehicle.

The problem, the Fourth District said, was that without the transcript from the trial court, it was impossible to “discern the nuances and sequence of what took place.” The trial judge’s order provided a summary of what happened but not the “entire record.” The appellate court was therefore unable to properly consider the defendant’s appeal. It therefore returned the case to the trial court for a new hearing on the defendant’s suppression motion.

When your freedom is at stake, you have every right to demand that prosecutors and the courts give you a fair trial. This includes the right to appropriate appellate review. The Orlando criminal defense attorneys at the Baez Law Firm can represent you in asserting your rights. Contact us today to schedule a consultation.