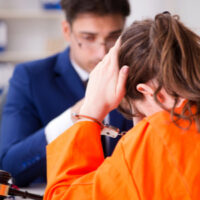 When assessing a criminal sentence, a judge can, in certain cases, look beyond what the defendant actually did or knew about. The court may also be allowed to consider the consequences of a defendant’s criminal actions, even if the defendant had no direct knowledge of such effects. Instead, the law looks to what the “reasonably foreseeable” consequences of the crime were.

A recent decision from the U.S. 11th Circuit Court of Appeals regarding a Florida case, United States v. Danzey, provides an apt illustration of this point. This case involved an identity theft ring. A Tampa-based gang known as the “Manche Boy Mafia” illegally purchased stolen personal identification and credit card information to create counterfeit credit cards. In turn, these cards were used to purchase gift cards and retail items from local stores. Some members of the gang also used the stolen information to file and obtain fraudulent tax returns from the IRS.

At the time of his arrest, the defendant was found with other purported members of the Manche Boy gang in a room “surrounded by counterfeit credit cards, gift cards,” and stolen personal information, according to the 11th Circuit. The police also found counterfeit credit cards with the defendant’s name near his position. In another part of the same building, police recovered information that had been used to file the fraudulent tax returns.

Nevertheless, the defendant entered what is known as an “open plea.” Essentially, he agreed to plead guilty without a written agreement with respect to sentencing. The defendant’s sentence was therefore left to the trial judge, who relied on the federal government’s sentencing guidelines. In formulating the final sentence– four years in prison–the judge determined the defendant was responsible for an “intended loss of over $600,000.” This included $100,000 in losses attributable to the alleged tax fraud.

The defendant appealed his sentence to the 11th Circuit, arguing the tax fraud should not have been relied upon as a sentencing factor. The appellate court disagreed and affirmed the four-year sentence. The court noted the issue was not whether the defendant “was actually involved in the tax return fraud or whether he had actual knowledge that others were engaged in tax return fraud.” Rather, the legal question was whether the losses from the tax return fraud were a “reasonably foreseeable consequence” of the defendant’s criminal actions, i.e., the “ongoing identity-theft conspiracy.” Based on the facts presented in this case, the 11th Circuit said that it was.

In any criminal case, there are a multitude of factors that can increase or decrease your potential prison sentence. So even if you plan to admit guilt to some charges, it is still in your best interest to work with an experienced Orlando white collar crime lawyer who can provide you with zealous representation and advocacy in court. Contact the Baez Law Firm today to schedule a consultation with a member of our team.