Making a False Statement to the Government 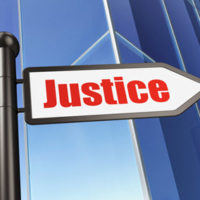 On Friday, Feb. 3, a Florida man plead guilty to making false statements to the government. According to local news sources, John Haskew of Lakeland told authorities that “Jesus Christ created wealth for everyone,” which is why he felt compelled to make $7 billion in illegal transfers. Haskew reportedly needed to pay off a debt to the federal government, and so provided them with a bank routing number that was not his. He also made over 70 transactions that totaled $7 billion with that same routing number. The offense carries a maximum sentence of five years in prison and a $250,000 fine. According to prosecutors, subsequent charges were dropped in accordance with the plea bargain.

The Crime of Making False Statements to the Government

According to 4.18.1001 Making a False Statement to a Federal Agency, 18 U.S.C., it is illegal to make a false statement in regards to a federal matter. In order for a person to be found guilty of making a false statement, the prosecution must be able to prove each of the following beyond a reasonable doubt:

Defense to Making a False Statement

If you have been charged with making a false statement to the government, an experienced white collar crimes lawyer can help you strategize a sound legal defense. The first thing the criminal lawyers at The Baez Law Firm will do is determine whether or not the prosecutors can prove that you made a false statement with the intention of defrauding the government. We will also examine the seriousness of the supposed false statement in order to determine whether you face misdemeanor or felony charges. Finally, if you are a first time offender, we may be able to use that reduce the charges or to have them dropped.

The crime of making a false statement to the government is a very serious one, and one that can result in prison time and hefty fines. Because of this, it is imperative to your future that you reach out to an Orlando white collar crimes lawyer as soon as you learn of the charges. To schedule a free consultation with our criminal defense team today, call 800-588-BAEZ now.