A former Cantor Fitzgerald LP managing director was cleared of charges that he defrauded customers by lying about prices of mortgage-backed securities, dealing federal prosecutors another blow in their efforts to tame questionable practices used by bond traders.

David Demos, 36, was found not guilty Thursday of securities fraud by a federal jury in Hartford, Connecticut. Prosecutors claimed Demos lied to his customers about the prices at which his company could buy or sell mortgage bonds, boosting the profit his firm earned on a trade and therefore increasing his own bonus. 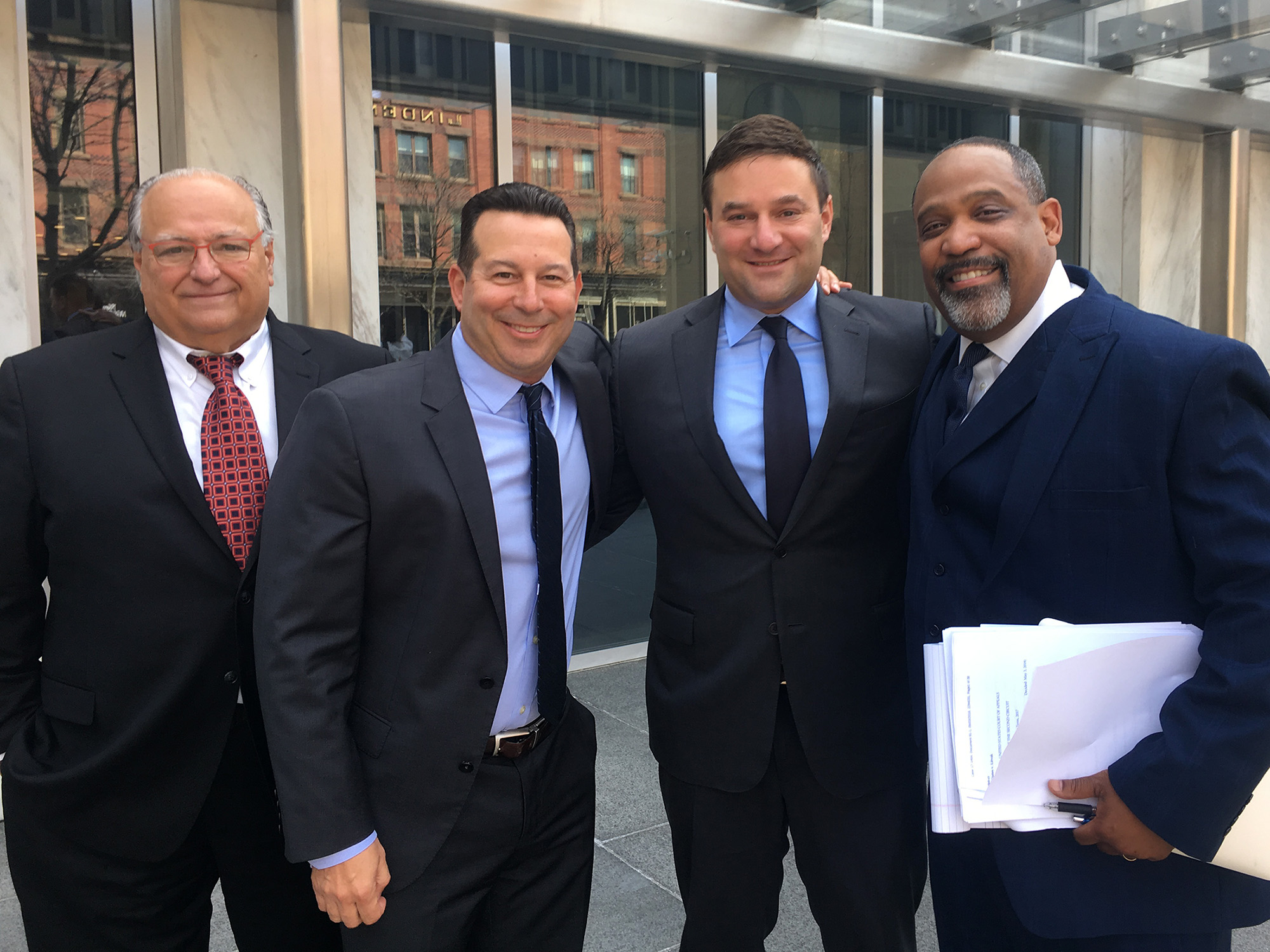 Demos jumped upon hearing the last count and embraced his lawyer, prompting shouts of joy and loud sobs from his wife and parents seated behind him. Overcome with emotion, he quickly broke down in tears as his lawyers sought to console him.

“Today’s verdict by the jury is a complete vindication of everything I’ve fought for, my family has fought for and my lawyers have fought for, for the past three years,” Demos said outside of court. “Bluffing or lying or puffing about your cost in a negotiation was never a crime, is not a crime and should never be a crime.”

The acquittal is a stinging setback to prosecutors, who have suffered a mixed record in the four trials of traders charged in the crackdown. The jury’s verdict came on the same day that a federal appeals court reversed the conviction of a former Jefferies Group LLC managing director who is serving prison time for lying to customers about the prices of mortgage-backed bonds. That decision was the second time in 2 1/2 years that the appeals court tossed out the conviction of Jesse Litvak.

Prosecutors questioned traders who did business with him, including Ed Cong, a principal at one of the alleged victims, Marathon Asset Management. He answered questions about trades he made with Demos in 2011 and 2012.

The government said Demos misled Marathon in multiple transactions, including one when Cantor bought a bond from another bank and he lied about the acquisition price, allegedly increasing the amount his firm would make by more than $50,000.

Cong said he was unaware that Demos had deceived him until he met with prosecutors.

“We would have not actively sought out his advice and services on bonds,” Cong said. “We probably would have gone with another broker-dealer.”

But during cross-examination, Cong acknowledged that his firm’s model puts out a profile of a bond’s cash flow that is then compared with prices to get a range where the firm would consider investing. While he said the model itself doesn’t determine that range, he admitted the firm wouldn’t go above a certain level.

Litvak was the first of more than a half-dozen traders to be charged by U.S. authorities with fraud for lying to clients. His arrest in January 2013 put traders on notice that they could face criminal prosecution for making misrepresentations to customers while negotiating trades, sending shock waves throughout Wall Street and leading to the resignations and suspensions of dozens of traders as financial firms clamped down on shady sales tactics.

A jury in Hartford last year acquitted three former Nomura Holdings Co. traders of the vast majority of 27 counts against them, while convicting one of conspiracy and not reaching a decision on several others. A retrial is scheduled for July.

Jose Baez, Demos’s lawyer, said the verdict and the decision in Litvak’s case should put an end to the bond-trading prosecutions.

“Hopefully, today’s double victory not only for David but for Jesse will send a clear message that we’re not accepting this and juries aren’t accepting this,” Baez said after court.

He’s best known for his successful defense of Casey Anthony, a Florida woman who was acquitted in 2011 of killing her two-year-old daughter, with TV host Geraldo Rivera dubbing him “Juanie Cochran” after O.J. Simpson lawyer Johnnie Cochran. His reputation was further burnished by a not-guilty murder verdict for former New England Patriot Aaron Hernandez, just days before he killed himself while serving time for another homicide.

This time, Baez, 48, is representing David Demos, who is charged with lying to customers about bond prices to boost his compensation. He made his closing arguments Tuesday with his usual theatrical flair in the most recent trial stemming from a crackdown on bond trading practices that began with the 2013 arrest of former Jefferies & Co. managing director Jesse Litvak.

Baez urged jurors during a nearly two-hour presentation to acquit Demos, describing him as a “guinea pig” for an “experimental prosecution.”

The lawyer provoked laughter from the gallery on multiple occasions as he joked about merengue moves, compared the government’s case to a peanut butter and jelly sandwich — without the jelly — and mocked prosecutors for “cherry-picking” evidence, in a riff on Assistant U.S. Attorney Heather Cherry’s last name.

It’s the sort of theatrics that Baez brought to the Anthony and Hernandez cases and which he’s displayed throughout Demos’s weeklong trial in federal court in Hartford, Connecticut. His opening argument, emotionally attacking the prosecution, brought audible sobs from members of the Demos family seated in the front row of the gallery.

“When the government comes calling, it’s a scary thing,” Baez said. “This is real to David Demos, not a hypothetical. This is real to each and every member of his family who’s here today. These are lives that will be destroyed.”

Baez has displayed a courtroom manner that’s unusual in mostly staid white-collar cases. He often sparred with witnesses, routinely wandered far from the lectern, and at one point stood so close to a witness that the judge told him to back off.

The approach could work, said Peter J. Henning, a former federal prosecutor and law professor at Wayne State University in Detroit. Baez may be able to find a theme that resonates with jurors rather than delving into the details of complex bond transactions, Henning said.

“The focus here is going to be on undermining the government’s case, picking at any loose thread,” Henning said. “And that’s how you defend a homicide prosecution. You wait to see where there might be a weakness in the case.”

Baez is joined at the trial by two lawyers who worked with him on the Hernandez case: New York attorney Alex Spiro, who helped win an acquittal last year for a former Nomura Holdings Inc. trader charged with lying to his clients, and civil-rights lawyer Ronald Sullivan, a Harvard law professor who represented the family of Michael Brown, the black teenager whose 2014 killing by a white police officer in Missouri sparked nationwide protests.

Baez, whose law firm’s website prominently features an 800 number, and his colleagues declined to be interviewed during trial. He said in an email his work goes well beyond celebrity cases.

“My firm handles all types of criminal matters all across the country, including white-collar and complex criminal matters, as well as civil-rights cases,” he wrote before the trial. “I took this case because David Demos is an innocent man whose life has been destroyed by one of the worst cases of governmental overreaching that I have seen in years.”