Medical Marijuana May Finally Be Decriminalized In Florida under DeSantis 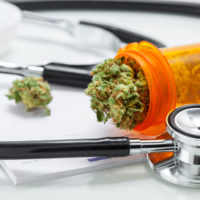 Although the state of Florida appealed Florida Circuit Judges’ decisions that the Legislature’s ban on medical marijuana smokables was illegal under outgoing Governor Rick Scott, according to reports, incoming Governor Rick DeSantis has indicated that he has no interest in pursuing these appeals, which could effectively result in medical marijuana finally being decriminalized in Florida in accordance with the Constitutional amendment passed by Floridians two years ago. This will inevitably help the more than 166,000 Florida state residents who have already registered for medical marijuana prescriptions with the state’s Office of Medical Marijuana Use.

After voters passed the Constitutional Amendment legalizing medical marijuana in the state of Florida, the state Legislature—under the guidance of Governor Rick Scott—placed a number of restrictions designed to stifle the amendment, such as limiting licenses to grow and distribute to only 14 “vertically-integrated” operations (i.e. only those that have the capacity to grow, process and distribute, all in one) that also outlaw edible and smokable marijuana. In other words, only cannabis oils and extracts that could be taken via vaporizer or orally would be legal. These restrictions resulted in a number of legal challenges by citizens who rightfully declared them to be unconstitutional. The judges agreed, and the state—under Gov. Scott—appealed these decisions to try and keep the Legislature’s restrictions in place.

According to the statements made in advisory committee meetings, incoming Governor DeSantis is likely to drop state appeals in several court battles sustained by Governor Rick Scott’s administration, allowing the Constitutional amendment to finally be implemented, as passed by state voters. This decision is in keeping with the October 5 ruling declaring the “vertical integration” requirement—and a number of other hurdles passed by the Legislature—to be unconstitutional—as well as the May decision that the Legislature’s ban on smokables is illegal because Florida’s medical marijuana patients have the right to smoke medical marijuana. Specifically, the Legislature’s vertical integration requirement was found to place an unfair restriction on commerce that ends up favoring some businesses over others. In fact, these licenses are already being purchased by some big corporations for $50 million or more.

If DeSantis does drop the appeals, there will still be a number of issues that his administration will have to work out with the Legislature, such as how to address the number of expensive “vertical integration” licenses already purchased by certain corporations. The hearing date scheduled in the state’s appeal on Circuit Judge Gievers’ decision that medical cannabis patients have the right to smoke medical marijuana is scheduled for January 8, 2019, which is the same day that Governor DeSantis will be inaugurated. There is no question that what will follow will include a complete review on Florida’s marijuana laws, policies, and regulations.

Transitory periods like these can be extremely confusing, especially for medical marijuana patients who registered after the Constitutional amendment was passed, only to have the Legislature pass contradictory laws and limitations, and Florida courts then declare these laws to be unconstitutional. If you have been charged with a marijuana crime in Florida, contact our Orlando criminal defense attorneys at the Baez Law Firm today to find out how we can help.