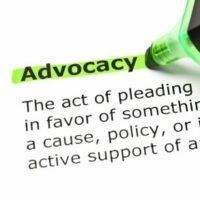 You might think that courts will always believe the testimony of the police over that of a criminal defendant. But that is not true. Take this recent case from Miami, United States v. Howard. The defendant in this case was talking with some friends on the sidewalk outside of a building. Miami police detectives drove by to conduct what they later claimed was an “area check” at another address in the neighborhood following some recent shooting.

The police seized the bag and took the defendant into custody. Federal prosecutors later charged the defendant with being a convicted felon in possession of a firearm. Before a federal judge, the defendant moved to suppress all of the evidence gathered by the police as a violation of his constitutional rights.

The judge granted the defendant’s motion. The judge specifically found the testimony of an eyewitness–the defendant’s brother–to be more credible than that of the two police detectives who testified for the prosecution. The brother stated he never saw a weapon on his brother while they were standing outside of the building. Both brothers lived in the building, which was actually their grandparents’ house.

Once the detectives entered the carport, the judge said they were within the “cartilage” of the grandparents’ home. This meant that since the police did not have a search warrant for the property, the search of the defendant’s bag was only permitted if they were “exigent circumstances.” But the judge said there was an even more fundamental problem: The police lacked “probable cause” to enter the house and arrest the defendant in the first place.

Again, the judge’s decision to credit the testimony of the defendant’s brother was critical. The judge simply did not believe the detectives’ claims that they saw an “outline of a gun” under the defendant’s clothing. Since the judge rejected this as a basis for arresting the defendant, the search of his home and property was unreasonable and a violation of the defendant’s Fourth Amendment rights. As such, prosecutors could not use any of the evidence seized against the defendant at trial.

Police officers make mistakes like everyone else. But their mistakes should not result in you going to jail. If you are facing charges and need representation from an experienced Orlando criminal defense attorney, contact the Baez Law Firm today to schedule a free consultation.