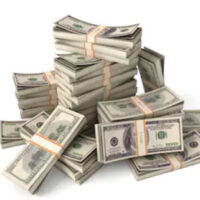 On October 21st, 2022, the United States Attorneys’ Office for the Middle District of Florida announced that Jason Pagan-Reyes, a 40-year-old man from Orlando, has been sentenced to serve more than six years in prison for conspiracy to commit money laundering. The case involves alleged drug trafficking. It is a federal crime. Within this article, our Orlando drug crime defense lawyer discusses the charges in this case in more detail.

According to documents filed in court, Jason Pagan-Reyes was involved in a drug trafficking operation. Prosecutors allege that he was involved in a complex conspiracy to launder more than $1 million in drug proceeds to the Dominican Republic. The money in question was allegedly obtained from unlawful drug sales in the United States.

In the summer of 2020, Mr. Pagan-Reyes was allegedly driving to meet with an undercover officer from the Florida Highway Patrol (FHP). He was stopped with narcotics in the vehicle and more than $1 million in cash. Prosecutors contend that the drugs and the money was part of a more comprehensive drug trafficking and money laundering operation. At the time of the sentence, Mr. Pagan-Reyes was reportedly already in custody on a state-level drug offense.

Broadly defined, money laundering is an intentional effort to turn “dirty” money into “clean” money. Put another way, money launderers attempt to disguise the sources of funds/assets in order to hide their illegal source. It is not uncommon for money laundering to be an issue in drug trafficking cases. Under federal law (18 U.S. Code § 1956), the “laundering of monetary instruments” is strictly unlawful. To obtain a conviction in a federal money laundering case, prosecutors must prove:

Get Help From Our Orlando, FL Criminal Defense Attorney for Immediate Help

At The Baez Law Firm, our Orlando criminal defense lawyer has the skills and legal experience to handle all types of drug crimes charges, including money laundering cases. If you or someone you know was arrested and charged with a felony offense, we can help. Contact us today to set up a completely confidential initial consultation. We defend criminal charges throughout Central Florida, including in Orlando, Winter Park, Altamonte Springs, St. Cloud, Apopka, and Kissimmee.